In context of what’s happening in Palestine in response to the announcement about Jerusalem and in general living under the longest and most brutal military occupation – we have to get a few things straight.

Nobody gets to tell an occupied people how to respond to their own oppression and the continued stripping of their humanity, agency and land whether they are Palestinians or not. Nobody. Oppressed people determine how, when and where to resist. They set the parameters. You don’t have to agree. Unless you have lived in their condition under the boot of a racist, supremacist, violent regime that sees them as less than human – you have no say in this conversation… [emphasis added]

Let’s put aside how Linda Sarsour, who lives in the US, has a say in this “conversation” — but not anyone critical of Palestinian Arabs who attack and kill Israeli civilians.

First of all, the Muslim attacks and persecution of indigenous Jews in that land is nothing new.

It has continued for over a millennium — how could it be otherwise for non-Muslims under Sharia law which originated the requirement for Jews to wear a yellow star to distinguish them from Muslims and shame them, disallows non-Muslims to testify against Muslims outside of commercial cases and obligates non-Muslims to pay a special, onerous, jizya tax.

Arab attacks and mistreatment of Jews has nothing to do with Arabs being oppressed, but rather the continuation of their being the oppressors. For example, Muslims have a history of stoning Jews that predates the re-establishment of the state of Israel, going back to when the Arabs played host to Jews.

Meanwhile, in then-Palestine, Jews suffered from attacks by Palestinian Arab in control in the centuries leading up to Jewish immigration, illustrating again that Arab attacks on Jews have nothing to do with being oppressed. The examples come from Joan Peters’ From Time Immemorial, collected from various authors.

1742: A rabbi is allowed to settle in Tiberias and his arrival “brought back the Jewish community of Tiberias, which had been virtually purged of Jews for seventy years” [p. 179]

1801: Djezzar sends troops to destroy crops in Nazareth while in Ramleh “during the three days of pillage, the local Latin Christians were either murdered, or lost all their property and fled” [p. 180]

1834: Egyptian ruler Ibrahim Pasha levies conscription and when those in Eastern Palestine cross the Jordan to join in a revolt, “forty thousand fellahin rushed on Jerusalem…the mob entered, and looted the city for five or six days. The Jews were the worst sufferers, their homes were sacked and their women violated.” [p. 183]

1834: In Safed, Muhammed Damoor ‘prophesies’ that on the 15th of June “the true Believers would rise up in just wrath against the Jews, and despoil them of their gold, and their silver, and their jewels”–this becomes a self-fulfilling prophecy. [p. 185-6]

1837: Safed is hit by an earthquake which results in another attack by the Muslims on the Jews. [p. 183]

1847: Charge of ritual murder is brought against the Jewish community in Jerusalem. [p. 190]

1847: Jewish visitor to Palestine writes about the Jewish community “They do not have any protection and are at the mercy of policemen and the pashas who treat them as they wish…they pay various taxes every now and then…their property is not at their disposal and they dare not complain about an injury for fear of the Arabs’ revenge. Their lives are precarious and subject to daily danger of death” [p. 190-1]

1848-1878: Reports from the British Consulate in Jerusalem document scores of anti-Jewish violence. Example–“July, 1851: It is my duty to report to Your Excellency that the Jews in Hebron have been greatly alarmed by threats of the Moslems there at the commencement of Ramadan…”

1858: Muslim in Hebron is confronted with his theft and vandalism of Jews and responds that “his right derived from time immemorial in his family, to enter Jewish houses, and take toll or contributions at any time without giving account” [p. 173]

In contrast, in Israel today, under what Sarsour glibly refers to as a “racist, supremacist, violent regime that sees them as less than human,” Israeli Arabs participate in all aspects of Israeli life: social, judicial and political. Among the high-profile political, military, and judiciary roles Israeli Arabs have: 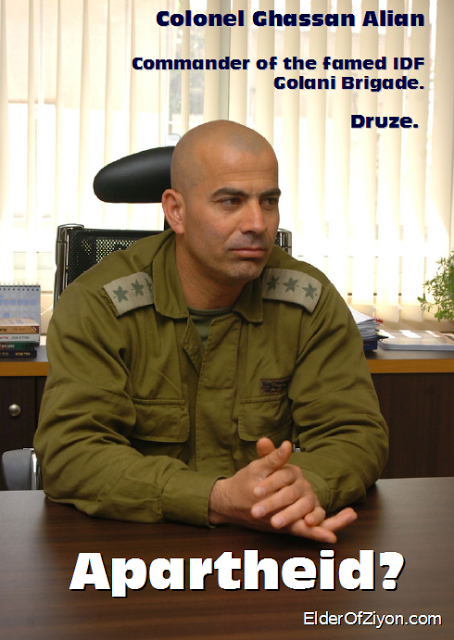 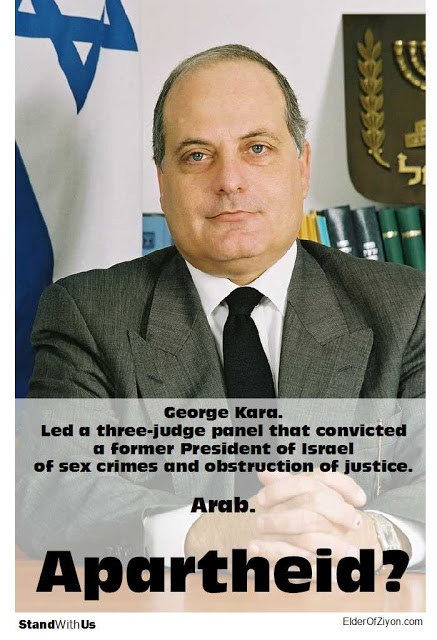 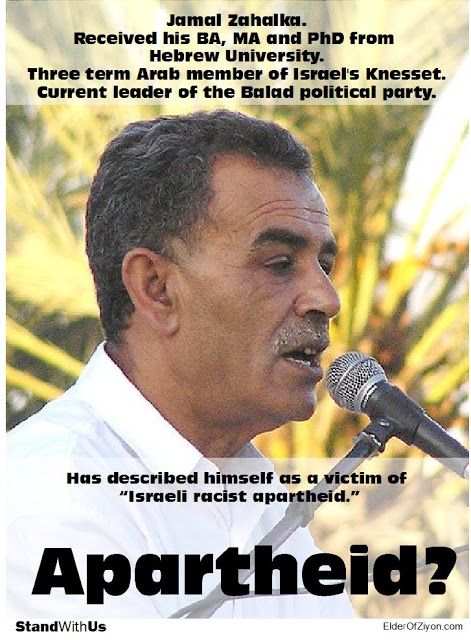 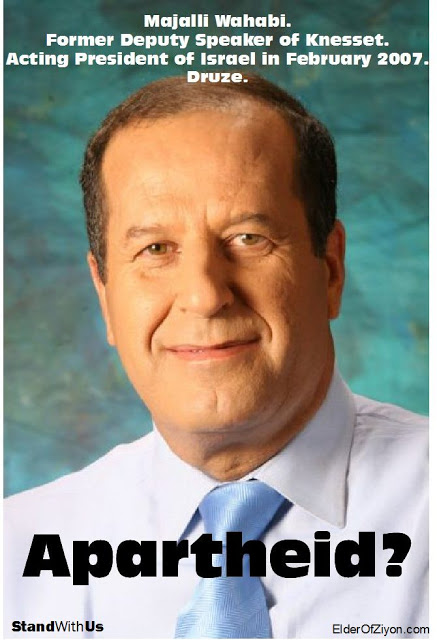 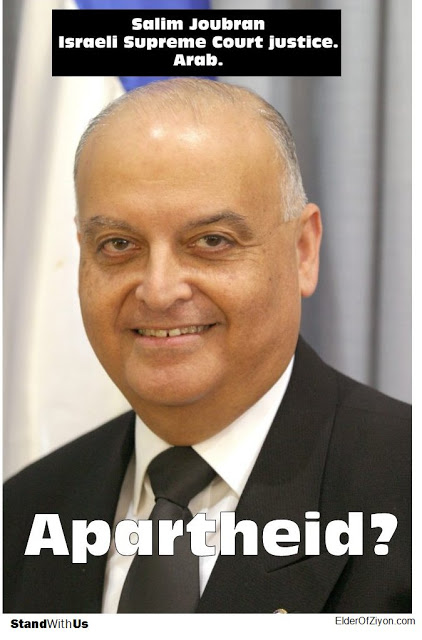 Obviously, there is a lot of work still to be done, but clearly, there is movement in the right direction.

Meanwhile, Palestinian Arabs in the “West Bank” now have the closest thing they have ever had to their own sovereign state, something they have never had — least of all under the rule of the Ottoman empire.

The crux of the problem with Sarsour’s convenient claim to Palestinian right to murder Jews is that second paragraph:


Nobody gets to tell an occupied people how to respond to their own oppression and the continued stripping of their humanity, agency and land whether they are Palestinians or not. Nobody. Oppressed people determine how, when and where to resist. They set the parameters.

This actually sounds familiar — it is reminiscent of the claim Maureen Dowd’s made about Cindy Sheehan, whose son was killed in the Iraq War. Dowd wrote that “moral authority of parents who bury children killed in Iraq is absolute” This arbitrary assignment of superior judgment, or in this case, giving Palestinians a pass on murder, just does not cut it.

Her words may resonate rhetorically, but they fall apart when examing the facts.

In his book, The Case for Israel, Alan Dershowitz examines this issue in the chapter, “Is There Moral Equivalence between Palestinian Terrorists and Israeli Responses?”

It is perhaps a sign of how far Sarsour is willing to go, that instead of talking about moral equivalence, Sarsour is claiming moral superiority.

I think that Sarsour’s statement is far more outrageous than Daled Amos is saying in this excellent essay.

1. There is no one who can judge the level of oppression that someone suffers independently of the person claiming oppression.
2. The person who believes he or she is being oppressed is no longer bound by any moral code whatsoever.
3. This “resistance” may be done anywhere, at any time, against any target.

This is a conveniently self-serving definition of morality tailor-made for Palestinians, but it is the height of immorality.

If you take Sarsour’s assertion literally, it means that if I am very, very upset at you calling me a bad name (hence you are an oppressor and only I can determine how badly I am being oppressed), I have the moral right to slowly torture your child to death in the most grisly way while making you watch (since no one has the right to tell me how to resist.)

Sarsour’s formulation also justifies attacks against any Jews worldwide, as long as the word “resistance” is used. If the attacker believes that the target is complicit with Israel, then it is fair game.

This is in reality the way that Palestinians think, aided by years of coddling by the world. They do claim, in their writings in both Arabic and English, that “occupation” can be legally and morally fought using any means.

There is literally no limit on how depraved they can be in the name of “resistance.”

The Geneva Conventions and all international laws disagree. Every religious moral code disagrees. But the Palestinians arrogate to themselves not only moral superiority, but the complete right not to be bound by any morality whatsoever.

Sarsour is also apparently unaware that she has also just justified every alleged crime she claims Israel does to Palestinians. After all, only Israelis can define how they are oppressed and how and when to respond, right?

No….only Palestinians have the right to take advantage of the New Sarsour Morality.