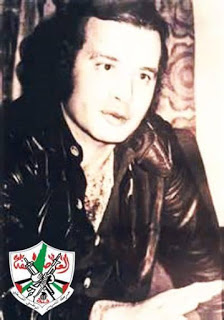 As such, Salameh was responsible for the Munich massacre as well as a series of letter bombs, one of which killed Ami Shachori, agricultural counselor in the Israeli Embassy to the United Kingdom.

Fatah’s tribute to Salameh claims that he killed “Mossad agents” with letter bombs. It openly brags about the Olympics attack.

There were other Black September attacks and attempted attacks, not mentioned by the article.

This isn’t the anniversary of Salameh’s birth or death. The political party that Mahmoud Abbas heads just decided to write how great he was before Israel managed to assassinate him in 1979.