Israel and Turkey are working to eliminate a major obstacle to natural gas deals: their own fractious history.

The two governments are working on a framework for the export of Israeli natural gas to Turkey that would protect contracts between companies if diplomatic ties break down, Israeli Energy Ministry Director-General Shaul Meridor said in an interview in Jerusalem. With such a shield in place, gas could begin flowing from Israeli waters to Turkey as soon as 2019, he said.
“For banks to eventually finance such a project they will have to know that no matter what happens between the countries politically, the business side will be protected,” he said.
The prospect of energy ties helped the countries patch up a six-year rift over a deadly Israeli raid on a Turkish ship that sought to breach Israel’s blockade of the Hamas-ruled Gaza Strip. Israel was looking for export markets, while Turkey sought to bolster its status as an energy hub and diversify away from Russian gas.

Israel’s new role as a producer and exporter of energy affects its political standing in even more unusual ways.

In Jordan, a Zarqa University student who was protesting the sale of Israeli gas to the kingdom was suspended from his university for a semester for his T-shirt that said “The enemy’s gas is occupation.” 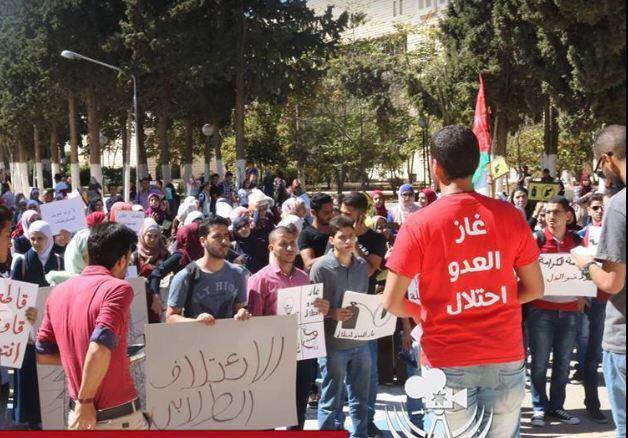 The idea that an anti-Israel protest could lead to a student’s suspension from an Arab university would have been unthinkable a very short time ago.