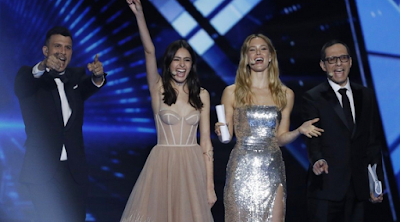 It is a tribute to Israel’s diversity that all four presenters of the Eurovision Song Contest extravaganza of 2019 have some Middle Eastern or Sephardi roots. Presenter Eretz Tal’s father is from Algeria, while Assi Azar is of Bukharan and Yemenite descent. Lucy Ayoub’s parents are Christian Arab and Ashkenazi Jewish. Even Bar Refaeli has one Sephardi (Italian) grandparent.

All four of the past Israeli winners of the Eurovision song contest have Middle Eastern roots: Netta Barzilai is of Moroccan-Libyan parentage, while Dana International, Gali Atari and Izhar Cohen all descend from Yemenite Jews.