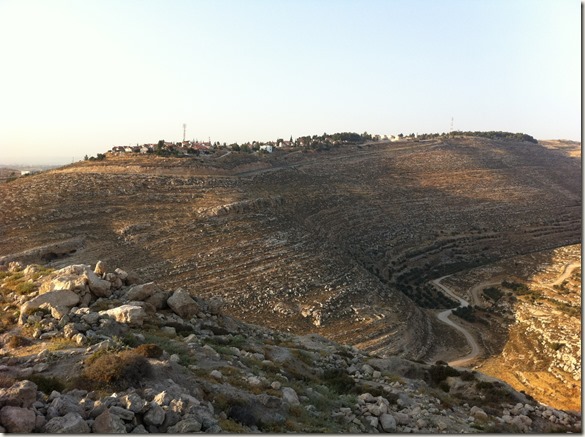 After I tweeted about Hanan Ashrawi ludicrously claiming that Jewish settlements named themselves after neighboring Arab villages, someone named Nazer Abuznaid responded, “Yes they did I lived in DURA and they built one next to us called Adura.”

So I looked up Dura in Wikipedia and here’s what I found:

The present-day name of Dura has been identified with ancient Adoraim or the Adora of 1 Macc.13.20[3][4] Mentioned as Adora by Apocrypha and often by Josephus.[5] A weak letter is usually lost in Hebrew to Arabic sound conversion, such as in the case of Adoraim to Dura.[6] A loss of a first feeble letter is not uncommon and the form of Dora could be found as early as in several instances of Josephus writings.[5]

So even his village’s name is Biblical!

His response was, sadly, typical:

You guys often have an explanation to suit your needs!