The Austrian Parliament condemned the BDS movement as antisemitic in February,  but that hasn’t stopped them from staging more antisemitic PR stunts there.

At Viktor-Adler-Platz in Vienna-Favoriten, supporters of the anti-Semitic BDS movement staged a tasteless campaign. They acted as Israeli soldiers executing people (pretending to be Palestinian.)

The anti-Israel movement BDS (which stands for “Boycott Divestment Sanctions”), which was originally primarily active in the USA, has also been active in Austria for a long time. The anti-Zionist and anti-Semitic movement rejects Israel’s right to exist.

On Saturday supporters of the movement staged a tasteless protest at Viktor-Adler-Platz in Vienna-Favoriten. According to eyewitnesses, two men disguised as Israeli soldiers apparently imitated an execution of a third man who is said to be a Palestinian. 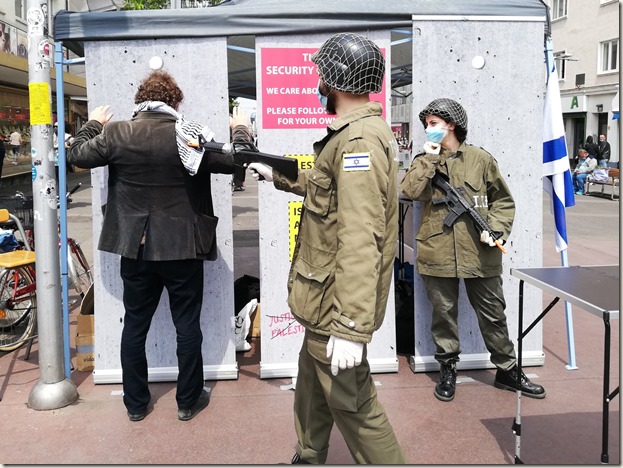 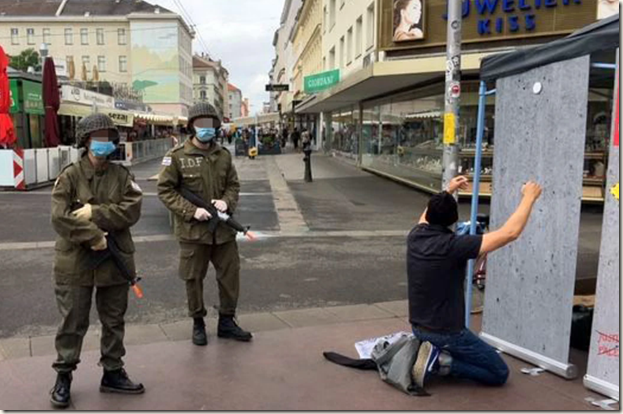 Of course, the IDF doesn’t execute unarmed Palestinians against walls. That was something Nazis did to Jews. You can see previous similar BDS actions, the street theatre of “Israelis” shouting in German (and English, for the cameras) at “Palestinians” while forcing them on their knees before being executed, pure antisemitism. and Holocaust inversion.

On the streets of what used to be Nazi-occupied Vienna, today.