There is no doubt that Jews  originate in the Middle East and were victims of European colonialism – so why do so many Ashkenazi Jews feed the myth that Jews are ‘white’? Dani Ishai Behan has posted this long, but carefully argued article in the Times of Israel: 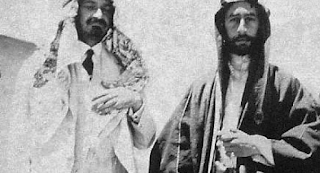 The minute we classify as white, we allow ourselves to be seen and treated as foreign colonizers in the Middle East. Ashkenazi Jews who identify as “white Europeans”, and refuse to own their Middle Eastern identity, are opening *themselves* up to delegitimization.

Arguments about Israel’s Mizrahi majority can only take you so far. We can’t keep using Sephardim and Mizrahim as shields. We need to own who we are, and to tell the Palestinian (and the Lebanese, and the Syrian, and the Mizrahi, and the Sephardi) that we are every bit as indigenous to the region as they are. Not one iota less.

Exile in Europe and colonization did not transform us into Europeans. We are still ethnic Jews, and therefore still Levantine. We should not be deprived of our indigenous Middle Eastern ethnic identity – and the rights entailed therein – for the fact that we were taken away from our homeland against our will.

To argue that is to argue we should be punished further for the crimes that were committed against us, and is a crass exercise in victim-blaming. So long as we keep thinking of ourselves as white, the Palestinian Arab will have every right to look at us as colonizers.

Remember, it’s not our skin color that necessarily bothers the Palestinian – for there are plenty of Palestinians who are quite white-skinned themselves (Linda Sarsour, Ahed Tamimi) – it’s the connotation that comes with it.

So if they see us as white, it’s not our skin tone, it’s the connotation of being “white Europeans” and therefore unwelcome colonizers in the Middle East. That’s the narrative we all need to change, and change right now.