The decision of the French courts to blame the murder of Sarah Halimi on drugs and not on Jew-hatred has caused consternation among Jewish groups: the murderer has been declared unfit to stand trial. This sets a dangerous precedent: a driver who kills under the influence of alcohol could have his sentence commuted. Jerusalem Post report:

The Simon Wiesenthal Center Europe expressed concern to French Justice Minister Nicole Belloubet about the findings of French magistrates in the case of the murder of Sarah Halimi, and said he was “sickened” by the ruling that Halimi’s murderer will not stand trial. 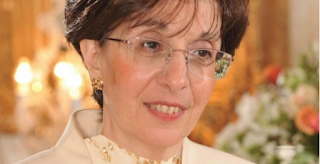 Sarah Halimi: tortured and thrown out of the window

Halimi, a Jewish citizen of Paris, was brutally killed on the night of April 3, 2017 when Kobili Traore, a Malian native, broke into her apartment in the Belleville district of Paris and beat her before throwing her from a third-floor window. Reports by neighbors who heard the attack stated that Traore was heard quoting verses from the Koran, shouting “Allahu Akhbar” and calling Halimi “Satan.”

Traore, despite having no psychiatric history, was subjected to three separate psychiatric assessments over the two years since the attack, and has been finally declared mentally unfit to stand trial due to marijuana intoxication at the time of the attack.

The Center’s director for international relations, Dr. Shimon Samuels, stated, “It is just over a week since our congratulatory letter, regarding the [May 16] police ‘reconstruction’ of the murder of 85-year-old Holocaust survivor, Mireille Knoll. We had viewed this as a major step forward in the case.”

Knoll was murdered in her Paris apartment in March 2018, and the case was immediately declared an antisemitic hate crime. The case of Sarah Halimi took until September 2017 before French courts acknowledged it was an antisemitic attack.

Ben Cohen in the Algemeiner

More on the Halimi case