Only ‘whites’ can be racists, and there is a pernicious trend to repress instances of antisemitism against Mizrahi Jews, or  label Jews who complain of persecution by Arabs as ‘racist’ or ‘islamophobic’. Writing in Jewish News, Rabbi Andrea Zanardo says that a line has been crossed: 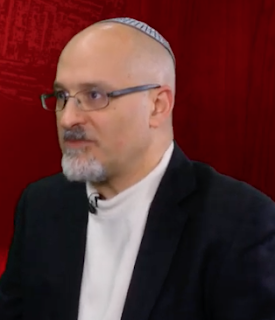 Jews of non-Ashkenazi background are used to the downplaying of their experience of antisemitism. Episodes such as the Farhud, the massacre of hundreds of Jews in Iraq, by Arab nationalists, in June 1941, or the wave of pogroms in 1945 Libya, are rarely mentioned, even in academic pieces of research.

The knowledge of these pages of Jewish history is covered by layers of myths, lies and omissions, to quote Lyn Julius, such as the perennial referral to “shared culture and language of Arabs and Jews”. To which has been commented: “a shared culture and language with the Arabs did not save the Jews of Iraq, any more than the Jewish contribution to German culture saved German Jews from Nazism” [Lyn Julius, Uprooted, 2017; p. 236].

Not to mention the ever-persistent attempt to blame Zionism for the persecution of Jews in Arab Countries, despite the fact that most of these massacres took place before Israel was founded. Apparently, blaming Jews (or a Jewish political movement, such as Zionism) for antisemitism, is a temptation too strong to resist.

But over the last years, a line has been crossed, and now if you try to speak of the above-mentioned pages of history, you may well end up silenced with the accusation of being a racist.