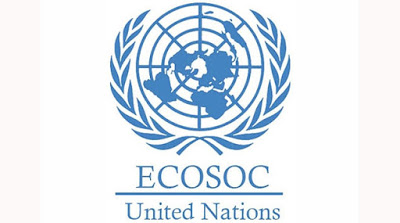 I reported yesterday that a UN report on gender based violence, ignored by the media, mentioned very matter of factly that Palestinian men systematically abuse their wives, sisters and daughters.

The report noted that Palestinian wives as subject to physical and emotional abuse from their husbands when any source of frustration enters the husbands’ lives. Also that many Palestinian women are forced by their families to marry against their will, many of those while still children. And even in cases of the husband dying, the wives are not given the freedom to raise their children as they see fit, and the husband’s family forces the widow to act as they desire, sometimes forcing her to marry the brother of the deceased.

This is the everyday reality of Palestinian women that can be seen if one digs deep in UN reports. These details are rarely reported in the West.

Now, right after the UNFP report, comes the news that the UN Economic and Social Council passed a draft resolution on the “situation of and assistance to Palestinian women.’

The resolution, after a long anti-Israel preamble, starts off with a statement that even the UN knows is a lie:


Reaffirms that the Israeli occupation remains the major obstacle for Palestinian women with regard to their advancement, self-reliance and integration in the development of their society…

The resolution effectively hurts Palestinian women by ignoring the very real misogyny in Palestinian society and instead instructing the world to only concentrate on Israel’s fictional role in their being discriminated against. Palestinian women are forced to remain silent about the real problems they have in fear of retribution for diluting the unified Palestinian message of always blaming Israel for everything, no matter how absurd.