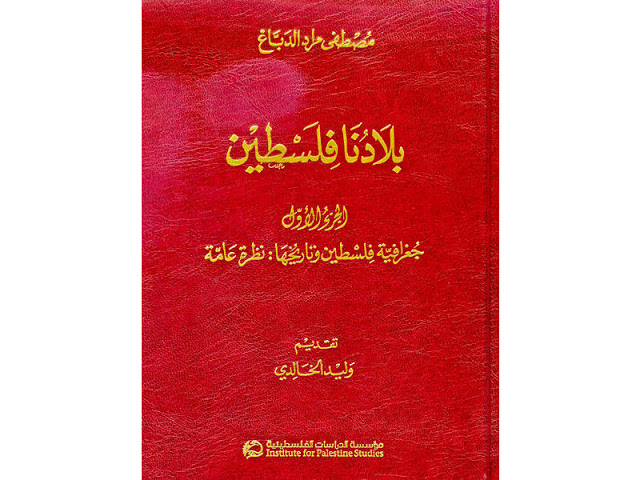 I have mentioned many times before that Palestinians aren’t interested in building a state, but in destroying one.

The latest evidence for this comes from a new upcoming edition of the Encyclopedia of Palestine.

The author states the purpose of the book in the introduction: “to refute the Jewish claim to their historical right in Palestine.”

That’s Palestinianism in a nutshell – to deny Jewish history.

Just imagine any other encyclopedia whose introduction says that its purpose isn’t to teach the history of the cover subject, but to refute the history of an entirely different group of people.

Of course, the book has to create a fake history where Arabs inhabited Palestine before Jews.

“The right of the Arabs in Palestine is immaculate and true. They are connected to it, and inhabited it since the dawn of its history and before there were Jews in the world,” the book is quoted as saying.

Meaning that suddenly the Hittites. Jebusites, Amorites and other Canaanites were somehow all Arab.

So we have an entire encyclopedia, purportedly a scholarly work that should be in all Palestinian schools and libraries, that simply makes things up in order to deny Jewish history.