A couple of days after a demonstration in central Ramallah demanding that Mahmoud Abbas and the Palestinian Authority lift their sanctions on Gaza, the PA has responded.

By making such demonstrations illegal.

The same group had planned to hold another demonstration tonight, the first day of Eid al Fitr, but the Palestinian Authority issued a statement  “prohibiting the granting of permits to organize marches or to establish gatherings that will disrupt the movement of citizens and cause confusion, and affect the course of normal life during the holiday.”

Gaza groups saw through the game right away. Two groups, the Mujahadeen Movement and the PFLP, issued statements denouncing the PA and supporting the demonstrators.

The Sunday rally was actually much larger than I had reported. The movement behind the anti-Abbas rallies released this photo: 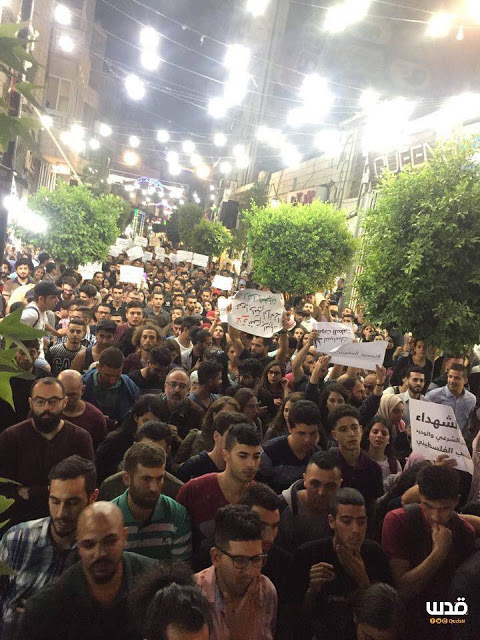 This is democracy, Palestinian style.