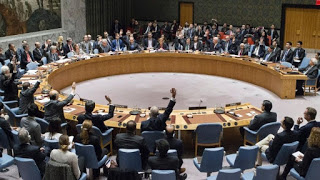 United Nations Security Council Resolution 2334 passed on 23 December 2016 has buried any lingering hopes for the creation of a second Arab State in former Palestine in addition to Jordan (”the two-state solution”).

America’s decision to not veto Resolution 2334 – taken in the dying days of President Obama’s eight years term of office – revives the solution first envisaged in 1922 by the League of Nations.

Pursuant to Article 25A of the Mandate for Palestine – the territory covered by the Mandate was to be divided between the Jewish people and the Arab inhabitants of Palestine – restricting the Jews to reconstituting the Jewish National home in just 22 per cent of the territory whilst the remaining 78 per cent was reserved for the Palestinian Arabs.

The Jews reluctantly accepted that solution even though it contradicted promises made to them in 1920 at the San Remo Conference and in the Treaty of Sevres.

The Arabs however rejected the Mandate solution.

Notwithstanding such rejection – the two successor States to the Mandate – Israel and Jordan – have achieved the Mandate solution in 95 per cent of the territory covered by the Mandate.

Negotiations between Israel and the Palestine Liberation Organisation (PLO) over the last 23 years to allocate sovereignty in the remaining 5 per cent have been stalled since 2014. Resolution 2334 guarantees the failure of any such negotiations – if indeed they are ever resumed. 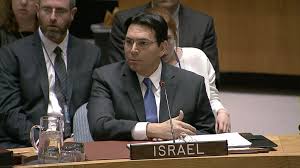 Resolution 2334 will lead to increasing conflict and violence – as the Palestinian Arabs buoyed by this unexpected change in their diplomatic fortunes seek to continue their declared objective of eliminating the Jewish State of Israel and replacing it with a 23rd Arab State.

Resolution 2334 contains the following language that signals the end of the two-state solution – rather than facilitating and advancing such an outcome:

“a region where two democratic States, Israel and Palestine, live side by side in peace within secure and recognized borders”

The Palestinian Arabs have had no elections for the last 10 years and no say in their own future – whilst Hamas and the PLO continue their internecine struggle for power against each other.

2. The Security Council continues to misleadingly claim that:

“the establishment by Israel of settlements in the Palestinian territory occupied since 1967, including East Jerusalem, has no legal validity and constitutes a flagrant violation under international law”

There is no binding legal judgement supporting this claim. It is an opinion – not a statement of fact.

To the contrary the right of Jews to “close settlement” on land in East Jerusalem, Judea, Samaria and Gaza including State lands and waste lands not required for public purposes is specifically “encouraged” by article 6 of the Mandate and preserved by article 80 of the United Nations Charter.

The Security Council’s continuing flagrant violation of the Mandate and the UN Charter finally doomed the two-state solution to extinction.

3. The Security Council is concerned that “the viability of the two-State solution based on the 1967 lines” is being imperilled.

Favouring this end-game only encourages the PLO to be intransigent in negotiations.

This exact outcome could have been achieved between 1948 and 1967 following the forced eviction of all the Jews living in Jordanian-occupied Judea, Samaria and East Jerusalem and Egyptian-administered Gaza.

An even better result was on offer had the Arabs accepted General Assembly Resolution 191 (II) on 29 November 1947.

Such lost opportunities do not re-occur.

The Security Council has apparently learnt nothing in its unseemly haste to pass Resolution 2334.

Drawing new international borders between Israel and Jordan in direct negotiations between their respective States remains the best option to replace the buried two-state solution.