I tweeted this cartoon on Friday, changing the caption from the original WWI-era version to one that seems highly appropriate today. 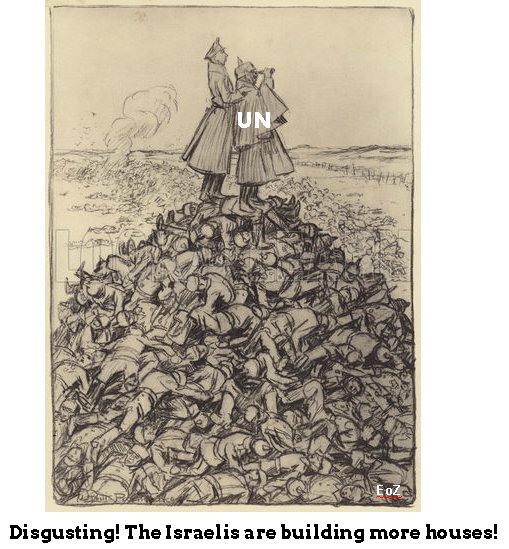 I didn’t caption the pile of bodies “Syria” which would be highly appropriate, as it is conceivable that Israeli housing in “settlements” literally could be seen from a high enough vantage point in Syria.

But the fact is that the UN has minimized dozens of far deadlier conflicts while remaining fixated on Israel for decades, so Syria is perhaps the most egregious example of how the UN’s priorities are screwed up, it is far from the only one.