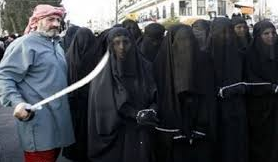 Mainstream American media’s obsession with groping allegations against Donald Trump going back twenty years or more has papered over public discussion of major policy differences between Trump and Hillary Clinton on defeating Islamic State and end the horrific sexual violence perpetrated on women and children in Syria and Iraq for the last two years. 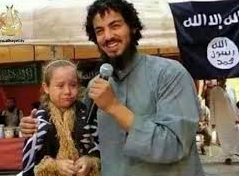 “ISIL [Islamic State] continues to systematically use sexual violence against Yazidi women and girls in Iraq and the Syrian Arab Republic, as well as against other minorities caught up in the conflict. Even though some women have managed to escape their captors, around 3,800 abducted Yazidis were still missing at the time of writing. This is a matter of grave concern. Those who have escaped have described the appalling conditions under which they were bought, sold, traded and abused. Both girls and boys are advertised online and traded for weapons, suicide vests, cars and a range of other commodities. Thus far, no formal mechanisms have been established to secure the release of those held captive by ISIL. Those who have managed to escape have done so with the help of their families and smugglers or by taking advantage of other opportunities. Some have resorted to suicide as their only escape. The children of women who commit suicide, or who attempt to escape, are beaten or killed as punishment” 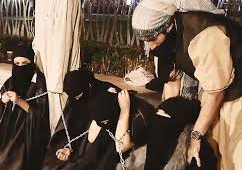 You have to search high and low to find any American media discussion of these highly disturbing revelations.

America and Russia have become embroiled in these conflicts raging in Syria and Iraq and both bear a major role in ending this ongoing dehumanisation of women and children.

Yet American media has not critically examined Trump or Clinton’s views on what each would do under their presidency to defeat Islamic State and end such reprehensible sexual violence.

Co-operation with Russia to achieve these objectives – as espoused by Trump – has been rejected by Clinton, who promises to follow President Obama’s resolute refusal to co-operate with Russia in defeating Islamic State in Syria since November 2015.

Clinton made her policy crystal clear in the second presidential debate:


“It’s also important I intend to defeat ISIS, to do so in a coalition with majority Muslim nations.” 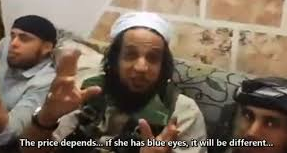 Who these Muslim nations are and how Clinton intends to defeat Islamic State in Syria without Russian co-operation remains unexplained. It is a pipedream the American media should be grilling her on every day until they get an answer.

Trump however indicated in the same presidential debate that he would welcome co-operation rather than confrontation with Russia:


“I don’t know Putin. I think it would be great if we got along with Russia because we could fight ISIS together, as an example.”

Meanwhile new allegations of decades-old sexual transgressions by Trump surface in the American media accompanied by sanctimonious expressions of indignation to justify his unfitness to be America’s next president.

Makes for salacious reading – but keeps voters in the dark on whether Trump or Clinton is the best candidate to:

* End the ongoing sexual violence in Syria and Iraq

* Extricate America from Obama’s disastrous forays in the Middle East that continue to cause American military casualties and bankrupt America both morally and financially.

Trump may not be perfect but America’s media should hang its head in shame.