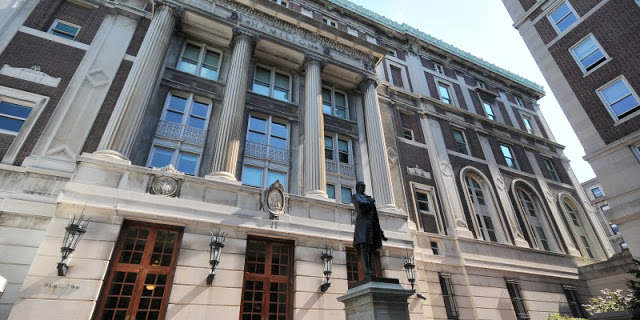 There have been a lot of headlines over the past day about the Columbia College student referendum supporting divesting from Israel.
The vote was meaningless. All it showed is that Israel-haters could get more people to vote than Israel supporters during a time that Jewish students were busy dealing with Jewish holidays. According to Jewish Insider, far less than half the students voted which means that this vote was as self-selecting as a an online (or Twitter) poll.
Not only that, but the language of the question itself was leading and misleading. It was, “Should Columbia University divest its stocks, funds, and endowment from companies that profit from or engage in the State of Israel’s acts towards Palestinians that, according to Columbia University Apartheid Divest (CUAD), fall under the United Nations International Convention on the Suppression and Punishment of the Crime of Apartheid.” This implies that Israel is an apartheid state under the UN definition, which it isn’t.
Furthermore, the vote is meaningless simply because it cannot and will not change Columbia University’s investment strategy.
But there is one thing that this vote proved.
Even though J-Street claims that they are against BDS, at Columbia the group chose to stay on the sidelines.

“Overall, J Street U [at Columbia] did not support the referendum nor participate in the efforts by SSI and Aryeh to oppose it this fall,” Brit Zak, the chapter president of J Street U, told JI. “The purpose of our group is not to fight BDS on campus but to create a social and political climate for U.S. foreign policy that furthers Palestinian human rights and self-determination.”

Making a deliberate choice not to oppose BDS on campus is tacit support for BDS. It certainly shows that J-Street’s official position opposing BDS is worthless.
(h/t Andrew P)