Operation Michaelberg was the first attempt to use aircraft  secretly to evacuate Jews from Arab countries to mandate-era Palestine. Shlomo Hillel, now 94, describes the nail-biting episode in detail in his book Operation Babylon: sent by the Mossad back to Iraq without notice and with no real idea of where they might land the ‘plane, Hillel had to pretend to be a member of the flight crew to evade the attention of the British authorities. The Jerusalem Post covers the 70th anniversary celebrations (with thanks Lisette, Ruth and Imre): 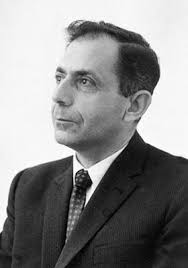 Seventy years after the Mossad LeAliya Bet’s Operation Michaelberg brought 100 Iraqi Jews to British Mandate Palestine by air, Israelis who were on the flight marked the anniversary together, at the site of the former Atlit Detention Camp.

The hundreds of guests who attended the event on Wednesday night also included family members of the rescued Jews and aliya activists who had been involved in their immigration.

An aircraft of the same model as the one they traveled on to the Lower Galilee village of Yavne’el in 1947 featured at the ceremony. Earlier this year, the Curtiss C-46 Commando transport aircraft was brought to Israel from Alaska, and restored.

The Society for Preservation of Israel Heritage Sites, which brought the plane to Israel with the support of the Jewish National Fund USA, intends to turn it into an interactive display that will tell the story of the immigration to visitors to the Clandestine Jewish Immigration Information and Research Center, which is located at the site of the former British detention camp.

“I am excited this evening, here in the Atlit refugee camp, as I was 70 years ago when I landed in the plowed field at Yavne’el,” said former Aliya Bet agent Shlomo Hillel, 94. Hillel led the operation, which was the first to bring Jews to British Mandate Palestine illegally via the air.

Immigrants told their children and grandchildren the story of their immigration to Israel. The operation was complicated and dangerous, carried out under the noses of the Iraqi authorities, and landing in Palestine in violation of British White Paper restrictions.

The Iraqi-born Hillel made aliya in 1934 with his family, at age 11. In 1946, he flew to Baghdad on an Iraqi passport and remained there for one year.

After Operation Michaelberg, Hillel visited Baghdad again in 1950 to negotiate the mass immigration of the Jews of Iraq, 120,000 of whom were airlifted to Israel in Operation Ezra and Nehemiah between 1950 and 1952. On these trips, he disguised himself as either a Frenchman or an Englishman. The airlift was made possible through the cooperation of Iran.