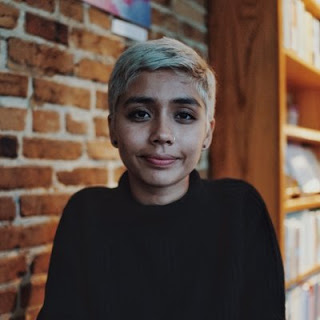 At a feminist blog called Feministing, a writer named Mahroh Jahangiri is incensed over Wonder Woman:

James Cameron did as white people so often do this week: he opened his mouth to share an unsolicited opinion when he could have as easily kept his mouth shut. In an interview with The Guardian on Thursday, the director called the first superhero movie directed by a woman and starring a female lead a “step backwards” for women. I agree – but for different reasons.

“All of the self-congratulatory back-patting Hollywood’s been doing over Wonder Woman has been so misguided,” Cameron said about the film. “She’s an objectified icon, and it’s just male Hollywood doing the same old thing! I’m not saying I didn’t like the movie but, to me, it’s a step backwards.” Wonder Woman director Patty Jenkins fired back on Twitter Thursday night, saying female characters don’t need to always be “hard, tough, and troubled to be strong.” Jenkins added: “There is no right or wrong kind of powerful woman […and the film’s female audience] can surely choose and judge their own icons of progress.” Feminist twittersphere ripped into Cameron and gave Jenkins a standing ovation for her clapback.

Cameron wasn’t totally off-base in his comment: Wonder Woman — and lead actress Gal Gadot — are super sexualized; and the film’s success is undoubtedly tied to Gadot meeting gross beauty standards. There is a reason Jezebel asked this week if Gadot — but not a fat, disabled, or Muslim woman for example — could be cast as the next James Bond. But Cameron’s arrogance in thinking his opinion was relevant, reports of his own extremely controlling behavior around women, and the general lack of nuance in his comment makes him sound like a total buffoon. And I’m not mad about the internet going after buffoons.

What does piss me off though are the droves of feminists cheerleading Gadot in response. Women whose response to shitty old white dudes is to celebrate women who champion occupation and genocide. Women who think that experiencing sexism (or simply being a woman) is somehow sufficient for becoming an icon of progress. Jenkins assertion — that there is no right or wrong kind of powerful woman — is woefully oblivious and/or more likely, reveals a cruel disregard for the violence people of color experience at the hands of white women. There are certainly wrong ways to be a powerful woman; advocating for occupation, genocide, and colonialism, for example, fall squarely into that bucket. It is absurd to suggest otherwise.

I could care less about what James Cameron thinks of Wonder Woman’s attractiveness. But I do care about self-proclaimed feminists throwing their weight time and time again behind women who stand for state violence. IDGAF if Wonder Woman was a blockbuster directed by a woman. If its lead actress champions genocide and opposes Palestinian liberation, Wonder Woman is a step backwards for all women.

Hen Mazzig was quite upset at this article and tweeted:

@feministing editor @mahrohj attacks 2 women in white-male-dominated Hollywood industry and claims to be feminist. What I can’t understand is why Jahangiri fights against the women that made it- in a movie about important women. Jahangiri does it in most bigoted way- saying Gadot has no rights because of her nationality. Yes. She’s an Israeli Jew so apparently she has no rights. Fake @mahrohj has the chutzpah to call herself a civil rights fighter while judging a woman because of her ethnicity, nationality and religion. Using the same standards of phony feminism she herself should be fought against because of her country’s misconduct. But @mahrohj is so fake, it’s easier for her to type BS about Middle Eastern woman from a Starbucks in DC, sipping almond latte. IN DC!!!

You need to celebrate a feminist-movie by @PattyJenks, a successful female director in male-dominated Hollywood, and @GalGadot a Middle East woman who made it. Instead bigotry blinds you, fills you with hate that you attack two women that made a successful movie about a powerful woman – and claim “feminism”….Seriously?

There are a number of virulently anti-Israel articles at Feministing. I couldn’t find a single one that decried Palestinian (or Hamas) attitudes towards women, but a number of articles on why feminists must be anti-Israel.

The most ironic article was from this same Mahroh Jahangiri where she argues that feminists shouldn’t talk about Muslim violence towards their women, only white oppression to Muslims:

Violence against Muslim women — domestically or abroad — has not been entirely ignored by white feminists. In many ways, it’s been obsessed over. FGM, honor killings, acid attacks, sexual violence within insular Muslim communities are recognized, discussed, and fetishized. Much has been written on the problematic ways in which this obsession happens. How this discourse is instrumentalized by colonial and imperial projects. How it strips Muslim women of their contexts and intricacies. How it projects white egos onto brown and black women’s bodies.

What I want to comment on here though is not the ways in which white feminists obsess over us, but the moments in which they don’t. Hypervisibility has an insidious counterpart: “the singular obsession with private violence against ‘oppressed’ women by their ‘patriarchal’ husbands often excuses public violence perpetrated by others motivated by both Islamophobia and sexism,” explains Barbara Perry at the University of Ontario. …

Why do white feminists only discuss violence against Muslim women when it is perpetrated by Muslim men?

So it is clear that Jahangiri is no feminist. She is a Muslim apologist who uses feminism as a cloak for her true feelings.

From what I can tell, the entire Feministing site pretty much buys into the idea that Israel is evil and Arabs/Muslims can do little wrong, with some exceptions. The idea that Israel is a liberal country where women have more opportunities is simply never mentioned in this pseudo feminist site.

And from what I can tell, Feministing’s hypocrisy is representative of feminist sites, not anomalous to them.