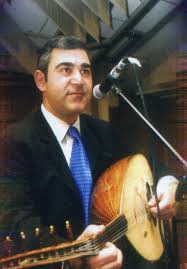 This year  as in previous years just before Yom Kippur, thousands of worshippers will gather to sing the Selihot prayers by the Kotel, the western wall in Jerusalem. Leading the prayers will be the cantor Moshe Habushah – Jerusalem-born of Iraqi parentage.

The event was inaugurated by the late Chief rabbi Ovadia Yosef in the 1990s – himself also originally from Iraq –  and last year attracted 100, 000 visitors.

In the run up to the High Holidays, the London and Cambridge ethnomusicologist Merav Rosenfeld-Haddad has produced this podcast.

In it she explains that many of Habushah’s melodies were inspired by popular Arabic tunes, thus illustrating a cultural fusion or ‘coexistence’. Many of the tunes date back to the flourishing cultural scene at the time of the 10th century poet and rabbi Saadia Gaon in Abbasid Baghdad.

More controversially – and some would say naively – she hopes that 1, 000 years of such musical ‘coexistence’ would translate into an end of conflict between  Jews and Muslims.