A controversial ‘ethnic studies’ model curriculum which excludes Jews is being shelved after the California State Education Board received scores of objections, letters and petitions. 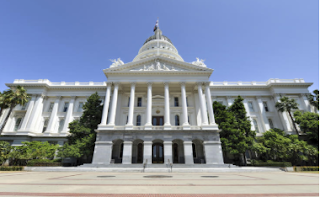 The  curriculum was widely criticised for not including Jews as well as Armenians, Copts, Indians and others. The curriculum was also branded as ‘biased’,  ‘Israel-bashing’ and promoting antisemitism.

On 12 August 2019 The California State Board of Education issued a press release stating the following:

“Ethnic studies can be an important tool to improve school climate and increase our understanding of one another.A model curriculum should be accurate, free of bias, appropriate for all learners in our diverse state, and align with Governor Newsom’s vision of a California for all.The current draft model curriculum falls short and needs to be substantially redesigned. Following the Instructional Quality Commission’s review and response to all public comments, a new draft will be developed for State Board of Education review and potential approval. The Board will ultimately adopt an ethnic studies model curriculum that aligns to California’s values.”

The California- based organisation JIMENA, representing Middle Eastern and North African Jews,  led the response of Sephardi communities in California to  the draft curriculum.