In London on 25 January, at a demonstration by Inminds supporting the American-Iranian Teheran-based Press TV journalist Marzieh Hashemi (born Melanie Franklin), who was held in a US prison on a visit to her homeland, a Brummie (?)-accented call for Muslims to emulate Da Lobby or “be picked off one by one”: 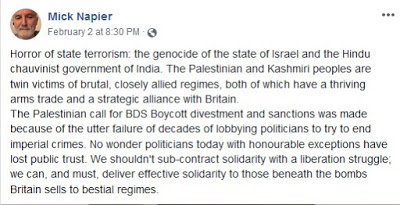 and is met with Muslim activist Ibrahim (born Brian) Hewitt with enthusiam:

That so-called “Trojan horse” wily old Mick refers to is the Stand Up to Racism organisation, whose conference just held in Glasgow: 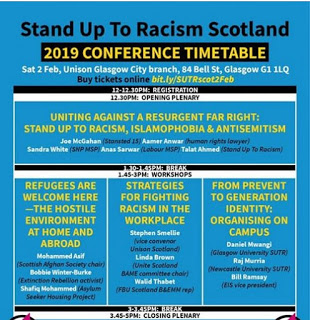 As for the Glasgow Friends of Israel, they’re unfazed: 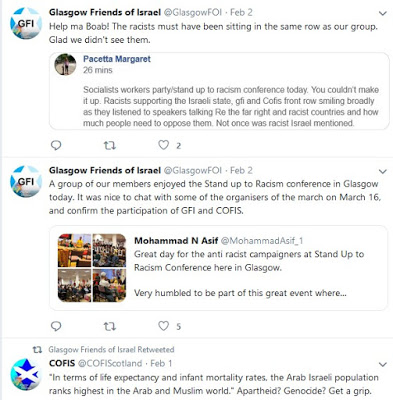 Among their subsequent tweets: 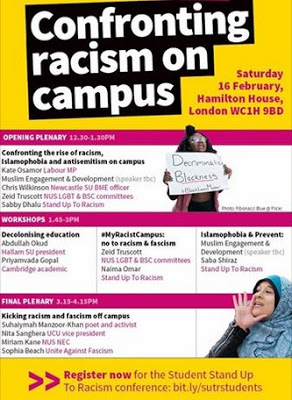 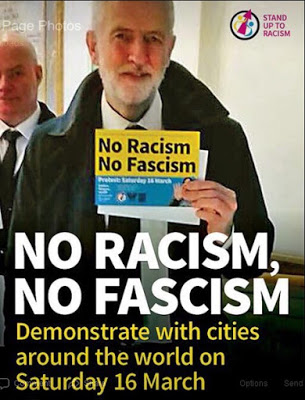