The death of Bernard Lewis just short of his 102nd birthday is a great blow to Middle East scholarship. Speaking and reading twelve languages including Arabic, Turkish and Hebrew, he had a remarkable grasp of Muslim history and politics, and was uniquely insightful and lucid in his prodigious writings.

Martin Kramer, an expert analyst of Middle East politics, and one of Lewis’s disciples, writes: It will be a long time, perhaps generations, before the study of Islam and the Middle East will invite and admit another genius of his caliber.”

The author of many books, Lewis turned his attention to the status of Jews in Jews in Islam and explored the impact of Nazism in Semites and Anti-Semites. He  wrote this passage in the 1970s, well before the emergence of the Taliban and ISIS:

“Is a resurgent Islam prepared to tolerate a non-Islamic enclave, whether Jewish in Israel or Christian in Lebanon, in the heart of the Islamic world?’

“Islam from its inception is a religion of power, and in the Muslim world view it is right and proper that power should be wielded by Muslims and Muslims alone. Others may receive the tolerance, even the benevolence, of the Muslim state, provided that they clearly recognize Muslim supremacy. That Muslims should rule over non- Muslims is right and normal. That non-Muslims should rule over Muslims is an offense against the laws of God and nature, and this is true whether in Kashmir, Palestine, Lebanon, or Cyprus. Here again, it must be recalled that Islam is not conceived as a religion in the limited Western sense but as a community, a loyalty, and a way of life— and that the Islamic community is still recovering from the traumatic era when Muslim governments and empires were overthrown and Muslim peoples forcibly subjected to alien, infidel rule. Both the Saturday people and the Sunday people are now suffering the consequences.” 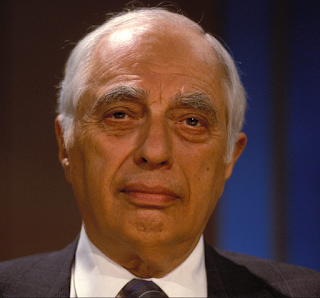 Once upon a time Western scholars of Middle Eastern culture and history were known as Orientalists. That label is now considered politically incorrect, like so much else, but we can safely say that the last of the great Orientalists was Bernard Lewis, who died Saturday at age 101.

Lewis taught at the University of London but moved to Princeton University in 1974. His fame grew beyond academia as his deep learning helped him to foresee and explain the turmoil that has dominated the Middle East in recent decades. His books were especially valuable after 9/11 in explaining what animated radical jihadists.

In “What Went Wrong?” in 2001 and other works, he distinguished between Turkey under Kemal Atatürk, who attempted to adopt some Western practices, and Arabs who blamed the West as the cause of their own technological and economic backwardness. Yet by 2010 he was predicting that Turkey under Recep Tayyip Erdogan would turn to Islamic rule while Iranians would tire of political Islam and embrace secular nationalism. So far he’s been right about Turkey.