Before I Judge An Act I Ask If Israel Did It, And Then I Judge 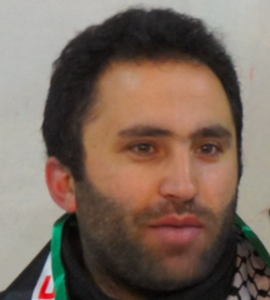 Hebron, March 26 – Philosophers and thinkers have long grappled with the nature of a given act: its context, its purpose, and of course its effects, to determine whether that act complies with or violates human morality. They have failed, however, to reach a convincing conclusion – and I maintain they have failed because they do not apply the litmus test I and my allies have devised. The test asks one simple question: did Israel do the act? If not, the act can be moral; if yes, perforce the act is evil.
This illustrates and explains a phenomenon we saw most recently with divergent official Palestinian reactions to the same act performed by two different agents: Israel and Hamas. The Palestinian Authority, led by Fatah, condemned Hamas’s closure of mosques throughout the Gaza Strip; at the same time it lambasted Israel for not closing mosques in areas under its control, because of course Israel neglects the health of its Arab minority.
To many people such contrasting responses to the same question smacks of hypocrisy, but those people ignore the salient point: anything Israel does is evil, even if others engage in the same behavior yet escape that characterization. The answer hinges on Jewish- I mean Israeli or Zionist action, not the act itself. Thus, self-defense by the vast majority of humanity qualifies as a positive moral value, a defensible, if unfortunate act when necessary, and, indeed, a moral imperative; whereas when Zionists engage in so-called self-defense they automatically violate the human rights of Palestinians. I am a human rights activist; I know these things.
Note also that a Zionist failing to uphold the principle of self-defense would not thus perform a good act – just the opposite. That Zionist would be committing evil by choosing not to exercise self-defense, since his refusal to defend himself violates the sanctity of the life God gave him, and is it not just like a Jew to show no appreciation for all the kindness done to him by his non-Jewish hosts through the generations?
The question can still remain regarding acts by non-Zionists; I do not pretend to greater intelligence than all the thinkers who preceded me in this line of inquiry, and acknowledge the larger question remains unresolved. But I do confess no small amount of pride in bringing this iota of moral clarity into the world, and look forward to its application much more widely than has, to our collective chagrin, been the case.