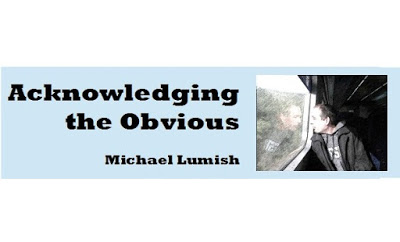 I still cannot get over the fact that any Democrat who comes into the White House will favor “pay-to-slay.”

This is the policy wherein Mahmoud Abbas’ Palestinian Authority (PA) literally pays-off random Arabs who kill Jews in Israel with foreign tax dollars. What is even more strange is that Democrats seem entirely oblivious to this practice. Trump cut funding to the Palestinian Authority. The PA, under previous American presidents, both Democratic and Republican, used American tax dollars to primarily line their own pockets and to pay Arabs to murder Jews in Israel. This is what is called “pay-to-slay.”

And, yet, American Jews, in the minds of many, are supposed to think of themselves as holding dual-loyalty if we oppose paying Arabs to murder Jews in Israel? Ridiculous. How the Democratic Party maintains American Jewish loyalty is a mystery. Democrats would literally pay Arabs to murder Jews in Israel and we are supposed to smile and nod our pretty little heads?

It is grotesque and almost nobody ever discusses it.

And, nonetheless, the Democratic Party would turn over working-class American tax dollars to the Palestinian Authority, if not Hamas, who will use that money to incentivize the murder of Jews on historically Jewish land. And yet they still think that we are somehow unethical if we refuse to vote for their candidates.

The worst example of this antisemitic anti-Zionist trend within the Democratic Party is Bernie Sanders. Sanders is no friend to either the Jewish people or the Jewish state. He has surrounded himself by people who despise Jewish self-determination and self-defense. He has surrounded himself by people who oppose the Movement for Jewish Freedom which we call Zionism. His formal surrogates, such as Linda Sarsour, Alexandria Ocasio-Cortez, Rashida Tlaib, and Ilhan Omar, among others, are uniformly antisemitic anti-Zionist. And he has specifically proposed funding Hamas at Israeli expense, despite the fact that former Hamas charters have called directly for the genocide of the Jews and current Hamas charter scalls directly for the elimination of the state of Israel. In the 2017 version we read:


Palestine is a land that was seized by a racist, anti-human and colonial Zionist project that was founded on a false promise (the Balfour Declaration), on recognition of a usurping entity and on imposing a fait accompli by force.

Palestine symbolises the resistance that shall continue until liberation is accomplished, until the return is fulfilled and until a fully sovereign state is established with Jerusalem as its capital.

Sanders surrogates in “the Squad” are not seeking social justice, nor are they merely criticizing Israeli policies. On the contrary, they actively undermine Jewish sovereignty on Jewish land within living memory of the Holocaust and three of the four do so from within the US Congress. One begins to wonder how much of Tlaib’s energies go into supporting the people who voted her into Congress in Detroit versus her efforts to undermine Israel?

My major criticism of President Barack Obama’s foreign policy concerning Israel is that he seemed so blithe in telling Jewish people where we may, or may not, be allowed to live within our ancestral homeland. He demanded “total settlement freeze.” By this, he did not mean the building of no new “settlements” — otherwise known as Jewish townships — but no building even within existing Jewish townships in the parts of Israel that he particularly does not like.

I was astonished at the time that so few American Jews seemed to mind seeing our brothers and sisters in Israel pushed around by an American President with shaky credentials regarding Israeli well-being. But that was then and this is now. If my major concern during the Obama years was the complacency with which American Jewish Democrats accepted the dictates of that President, my primary concern now is that the election of a Democrat to the White House in 2020 will resurrect US participation in “pay-to-slay.”

If Biden wins the Presidency he would send working-class American tax-dollars to Ramallah or Gaza City, or both. Those governments will use a considerable amount of that money for the purpose of killing Jews on the land of the Jewish people.