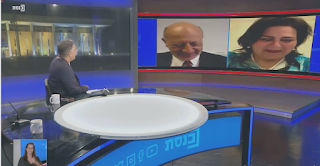 The excitement was palpable when, for the first time, a member of Bahrain’s Parliament appeared on an Israeli TV channel, days after the signing of the Abraham Accords.

The presenter of the Knesset Channel programme repeatedly asked Nancy Khedouri, a Jewish member of the Shura Council, the upper house of Bahrain’s parliament, ‘esh lonek? (How are you?)  in Iraqi-Jewish dialect.

He also asked after the health of Edwin Shuker, vice-president of the Board of Deputies of British Jews. ‘Fantastic!’ Mr Shuker replied.

There are some 30 Jews living in Bahrain, a community which at its height numbered about 800. When asked about the history of the community, Nancy Khedouri said that Jews settled in 1873 from several cities in Baghdad, Iraq.

However, historian Sami Sourani comments that Jews lived in Bahrain for centuries before. He points to the story of the brother of Maimonides (Ha Rambam) who lived in Bahrain and was a dealer in pearls. Oysters were fished off Bahrain’s coast.

The Cairo Geniza records correspondence between the two brothers. In his letters Maimonides complains that he worked from early morning till midnight treating the sick. He could hardly make a living because the sick people were poor and  could not afford to pay. His brother encouraged him to persevere: he told him he was ready to support him for all his sincere efforts.

The Rambam’s brother, unfortunately, drowned in the sea while his sailing boat was on a pearl-fishing trip.