The Trump administration is considering declaring that several prominent international NGOs — including Amnesty International, Human Rights Watch and Oxfam — are anti-Semitic and that governments should not support them, two people familiar with the issue said.
The proposed declaration could come from the State Department as soon as this week. If the declaration happens, it is likely to cause an uproar among civil society groups and might spur litigation. Critics of the possible move also worry it could lead other governments to further crack down on such groups. The groups named, meanwhile, deny any allegations that they are anti-Semitic.
Secretary of State Mike Pompeo is pushing for the declaration, according to a congressional aide with contacts inside the State Department.
The declaration is expected to take the form of a report from the office of Elan Carr, the U.S. special envoy to monitor and combat anti-Semitism. The report would mention organizations including Oxfam, Human Rights Watch and Amnesty International. It would declare that it is U.S. policy not to support such groups, including financially, and urge other governments to cease their support.
The report would cite such groups’ alleged or perceived support for the Boycott, Divestment and Sanctions movement, which has targeted Israel over its construction of settlements on land Palestinians claim for a future state.
It’s also expected to point to reports and press statements such groups have released about the impact of Israeli settlements, as well as their involvement or perceived support for a United Nations database of businesses that operate in disputed territories.

There is absolutely no doubt that these groups are structurally and systematically biased against Israel. They hire people to “research” Israel with a history of anti-Israel advocacy.
One example is Amnesty’s Saleh Hijazi, Deputy Regional Director of the MENA Region, whose Facebook pages include support for terrorists Leila Khaled and Khader Adnan, a glaring piece of hypocrisy for a supposed human rights advocate. 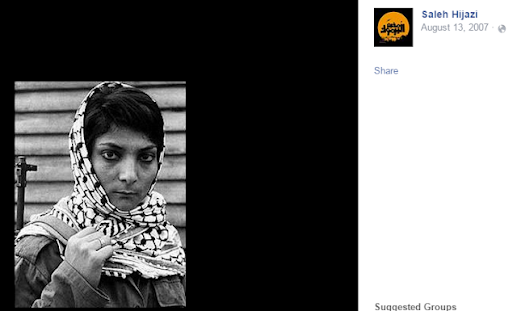 Similarly, Omar Shakir had a well-documented history of supporting BDS against all of Israel (not just “settlements”) and of being obsessively anti-Israel when he was hired by HRW – and that continued even as he was employed by them. 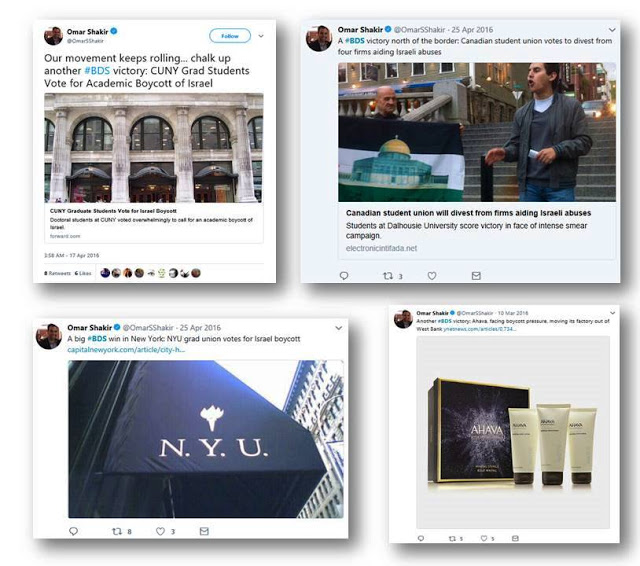 This results in these NGOs issuing anti-Israel reports that are longer, more numerous and more detailed than their reports on virtually any other nation, with only a smattering of reports about Palestinian human rights or Arab human rights abuses against Palestinians (which only exist when their anti-Israel obsessions were revealed so they wrote token reports for “balance.”) In fact, in some cases these groups have supported terror-linked NGOs.

Israel is routinely accused of “apartheid” by these NGOs. There is literally no other nation in the world that they make similar accusations of.

These NGOs become obsessed about companies like TripAdvisor and AirBnB that operate in disputed territories. There is literally no other nation in the world that they make similar accusations of, let alone participate in huge funded campaigns against international companies.
Amnesty and HRW knowingly twist international law to pretend that Palestinians have a “right to return.” As many as 60 million Europeans became refugees after World War II, but none of them have the same “right to return” that the 700,000 Palestinian refugees and their millions of descendants are considered to have today by these NGOs. The only purpose of this demand is to destroy the Jewish state demographically.
Do these obsessions cross the line into antisemitism?
By the IHRA working definition of antisemitism, there is no doubt that these groups are antisemitic because they hold Israel to standards that they do not apply to any other country.
Even if you do not accept the IHRA definition these NGOs seems to have a problem with Jews.
For example,  this report from HRW denigrating religious Jews:

Rabbi Yitzhak Yosef, who holds the state-funded, statutory position of Israel’s Chief Sephardic Rabbi, said in a March 12, 2016 sermon, partly in response to Eisenkot’s admonition to limit the use of lethal force, that the Bible authorizes a shoot-to-kill policy: “‘Whoever comes to kill you, rise up and kill him first.’ … let them afterward take you to the High Court of Justice or bring some military chief of staff who will say something else … As soon as an attacker knows that if he comes with a knife, he won’t return alive, it will deter them. That’s why it’s a religious commandment to kill him.”
The Sephardic Chief Rabbi does not command police or soldiers, but he heads the Supreme Rabbinical Tribunal and is tasked with advising on the interpretation of religious law.
…
According to Israel’s Central Bureau of Statistics, about half of Jewish Israelis define themselves as religious or traditional, not including ultra-Orthodox Jews, who usually do not serve in the army. Conscription for non-ultra-Orthodox Jewish men is universal. Most soldiers are in their teens or early 20s, and after a few months of basic training, they can be sent to serve in the occupied West Bank.

This is an accusation that religious (and traditional) Jews are bloodthirsty fanatics who would kill Arabs at a drop of a hat – and against army regulations. That is antisemitic slander.

Or Amnesty-USA sponsoring a tour by Bassem Tamimi, who accuses Jews of stealing the organs of Palestinians.

Or this Amnesty employee that denied Egypt’s expulsion of its Jews – meaning that Jews are the only group whose human rights are not to be defended.
Or these groups pushing to expel Jews – and only Jews – from their homes in disputed territories when there are also thousands of Israeli Arabs who live across the Green Line but are never called “settlers.”
Or Ken Roth of HRW practically justifying European antisemitism as simply a response to Israeli actions.
Or Amnesty-UK which has hosted antisemites and BDSers at its headquarters but denied hosting Jewish Zionist groups.
Or when Amnesty’s members voted against a resolution condemning antisemitism – a resolution that had nothing to do with Israel, and the only resolution that was defeated at that conference.
Or when Amnesty praised the “Youth Against Settlements” group – which is explicitly antisemitic. 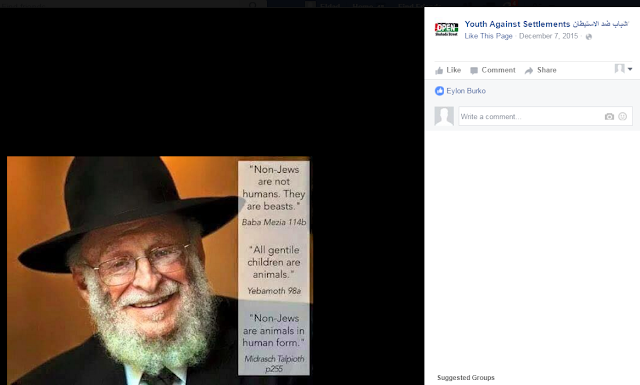 Or Oxfam selling antisemitic literature on its site – copies of The Protocols of the Elders of Zion and other antisemitic books that Oxfam members owned, photographed and blurbed on their website without even considering this to be a problem.
Or Oxfam excusing and supporting Miftah when the latter published the blood libel.
There are dozens of such examples.
In total, it is obvious that these NGOs have a problem not just with Israel, but many of their members have problems with Jews.
Even so, it is unclear whether it is wise for the State Department to declare them antisemitic. Outside the Middle East, the groups seem to do some excellent work and have dedicated employees who really care about human rights. (If the NGOs really wanted to be objective, they would rotate their researchers to different areas of the world instead of allowing obsessive haters of Israel to choose to demonize Israel.)
Declaring the entire organizations themselves to be antisemitic could be counterproductive. But they do have an crazed focus on attacking the Jewish state, and that needs to be publicized.