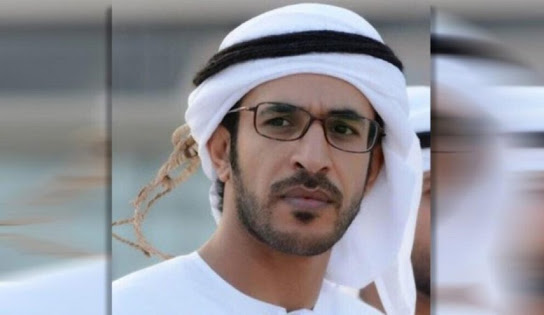 All over Arabic media on Tuesday was the story that UAE journalist Hamas al-Mazrouei, who is close to the Crown Prince of Abu Dhabi, Mohammed bin Zayed, had done things that would upset any Muslim.

It all started when Mazrouei tweeted this out on Monday (autotranslated): 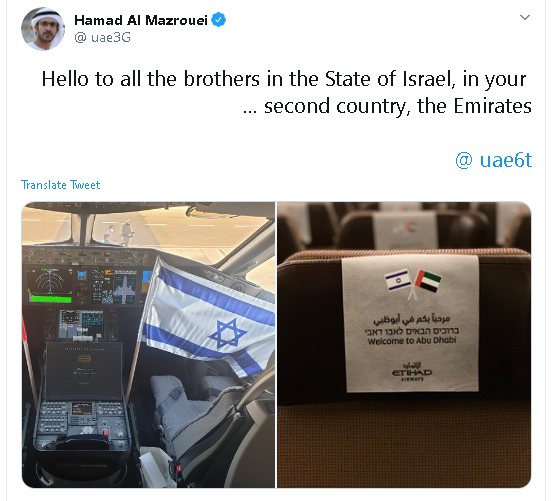 Very quickly a ridiculous rumor started, claiming that Mazrouei was interviewed by Maariv where he said that the Saudi government should reimburse the descendants of Jews of Khaybar for Mohammed’s expulsion of their ancestors from the town, and it should offer citizenship and compensation to those same Jews.

Furthermore, the reports claimed that Mazrouei said that Mohammed treated the Jews badly. For good measure, a photo claimed to be of Mazrouei sitting near a (seemingly unopened) bottle of whiskey was circulated.
Needless to say, there was no such interview in Maariv.
BBC Arabic  tracked down the rumor to two news sites, one Syria and the other from Yemen. It didn’t do a very good job though, since the Yemen article linked back to an article from Turkey from late September, which seems to be the original source.
I would guess that Iran sat on this story and then fed it to Iran-friendly Arabic media at a time when it would have a good chance of spreading. If foreign nations are seeding Western media with fake stories, it is a hundred times easier for them to feed fake stories to Arab media where rumors are even less likely to be fact-checked.