Following news that seven Labour MPs (and now an eighth, Joan Ryan, who in a devastating indictment of Corbyn has made his failure to deal with antisemitism in the party central to herdefection) have left the party and formed their own Independent Group, “the oldest hatred” rears its ugly Medusa’s head.

No surprise to Labour Against Antisemitism, aware as it is of the loathsome sentiments engendered in the party under Corbyn: 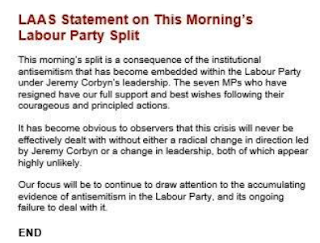 See, for instance, the comments that greet this report. (Bonus: a chance to see Gorgeous George!) 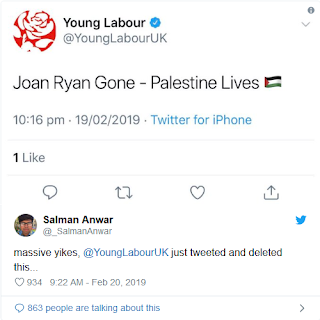 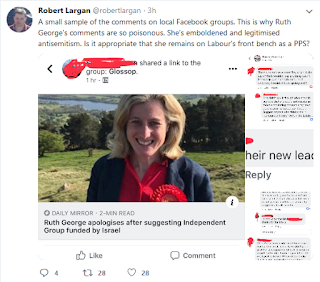 And then there’s this (hat tip: Jonathan Hoffman in a  Facebook post).  Tim Llewellyn, of course, used to be a BBC correspondent. 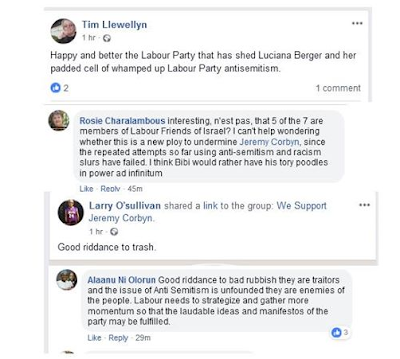 And on Twitter via an extreme anti-Israel activist, this: 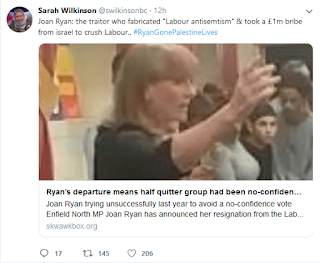 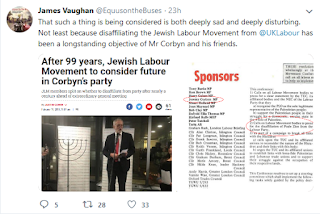 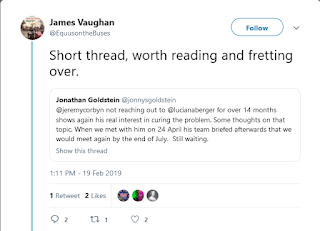 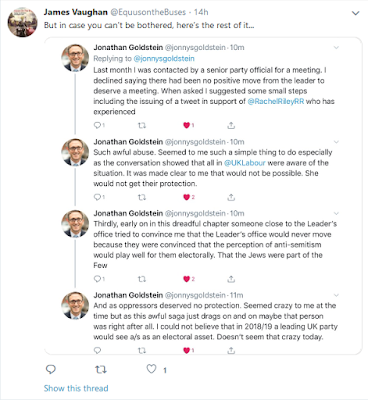 The Times of London (19 February): 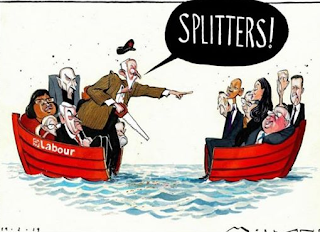 And (hat tip: Jonathan Hoffman) at the instigation of Mrs May’s government, in order to embarrass Corbyn, the House of Commons (20 February) will debate the topic “Antisemitism in modern Society”!

Meanwhile, it’s perhaps no surprise to learn that notorious antisemite Alison Chabloz is a keen Corbynista.

Good news from Oz: notorious antisemite and general fruitcake David Icke has been denied entry into the country.