Is it antisemitism or anti-Zionism? Everyday, semantics are used to deflect what is obvious. When people argue over this it protects antisemitism. It does not matter whether in theory anti-Zionism and antisemitism are the same thing or not. It is a straw man argument. When you perform the duck test on anti-Zionist activity across the board, it soon becomes clear that antisemitism overflows in every corner of the anti-Israel movement. The duck test highlights just how seamlessly, blatant antisemitism has renamed itself.

I am in the middle of writing a large report that will hopefully meet my self-imposed end-of-February deadline. This particular post is not part of that and was never planned. It came about because in preparation for a talk I gave last night to students at KCL I needed to spend some time gathering examples of the similarity between anti-Zionism and classic antisemitism. This is what I found:

What are examples of antisemitism? What are the tropes? I needed to work from a check-list, so turned to Wiki to find one. They have a page titled ‘antisemitic canards‘. It provides a list of different types of canards used to foster and legitimise hate against Jewish people throughout the ages. There are 20 classic types listed. They added the 9/11 conspiracy, which I ignored because I believe it captured in the essence of all the others.

Below are the results from the twenty I worked with. In those cases where the accusation predates Zionism (such as the killing of Christ), I have only used posts by people who ‘coincidentally’ are also anti-Israel activists:

Guilt for the death of Jesus and host desecration. Both of these are active in anti-Zionism, with the idea of ‘host desecration’ transferable into desecration of the ‘Holy land’ and threats against Al Aqsa: 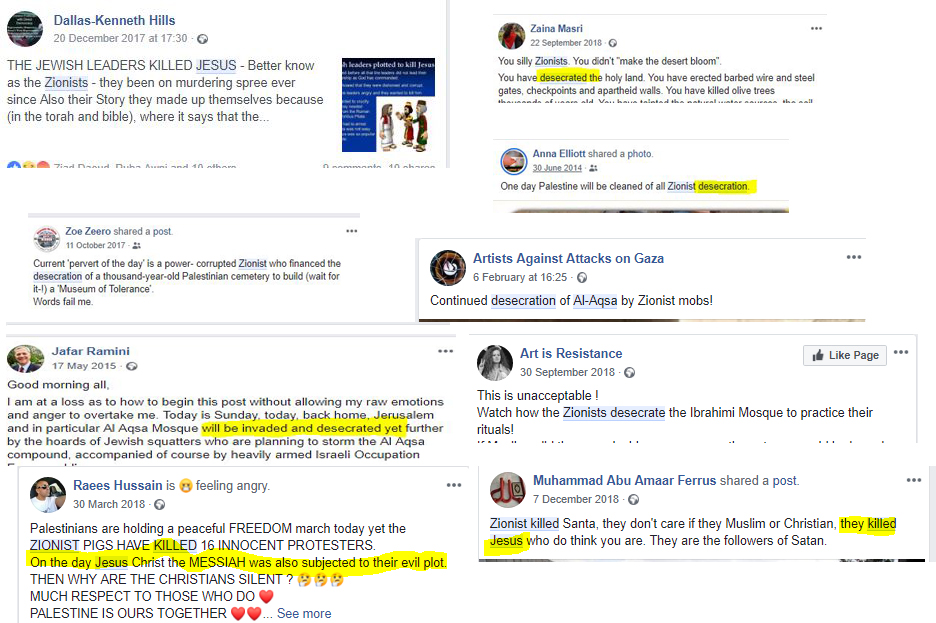 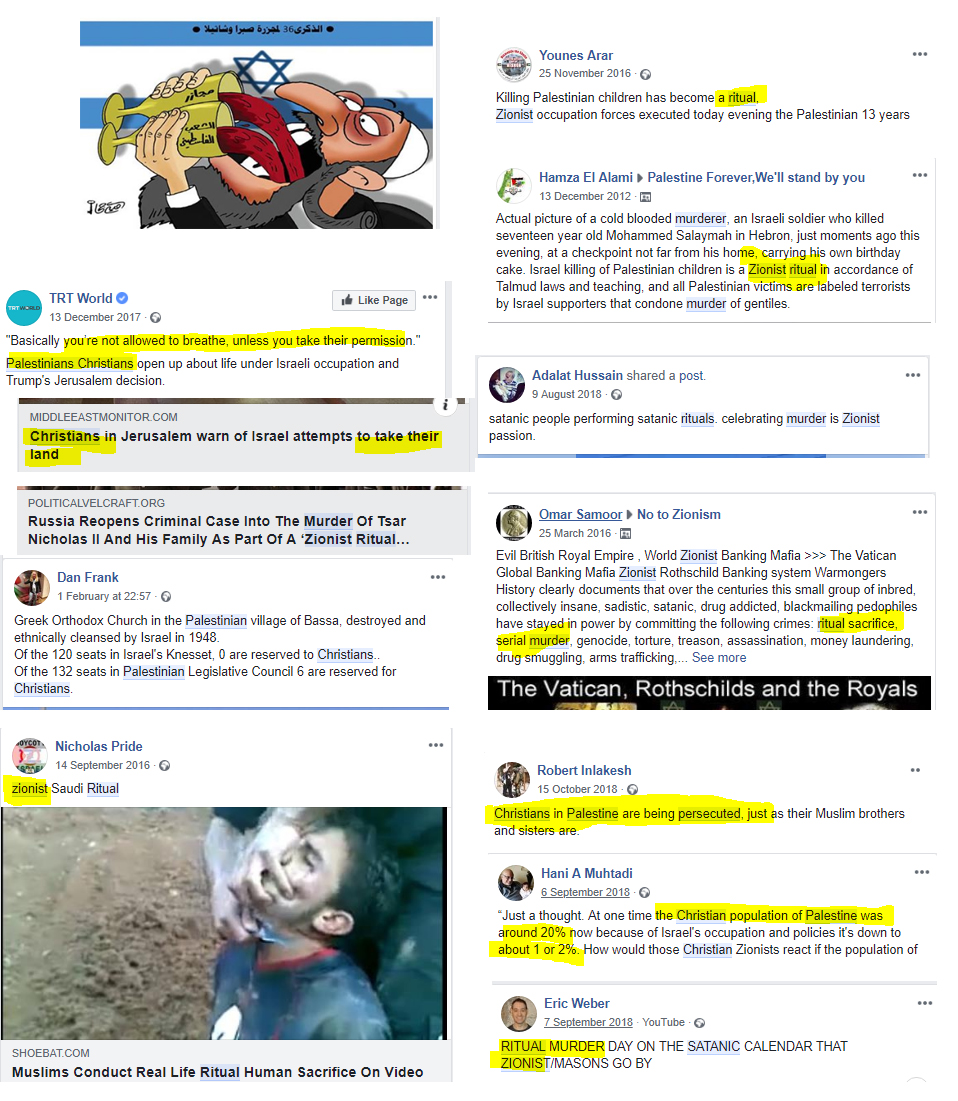 Demonisation, impurity and accusations of well poisoning. Along with well poisoning, we can also add the well worn accusation that each year – Zionists’ open dams (that don’t exist) to flood Gaza. ‘Olive trees as water wells’ opens up another means of attack thats resembles accusations of poisoning and desecration: 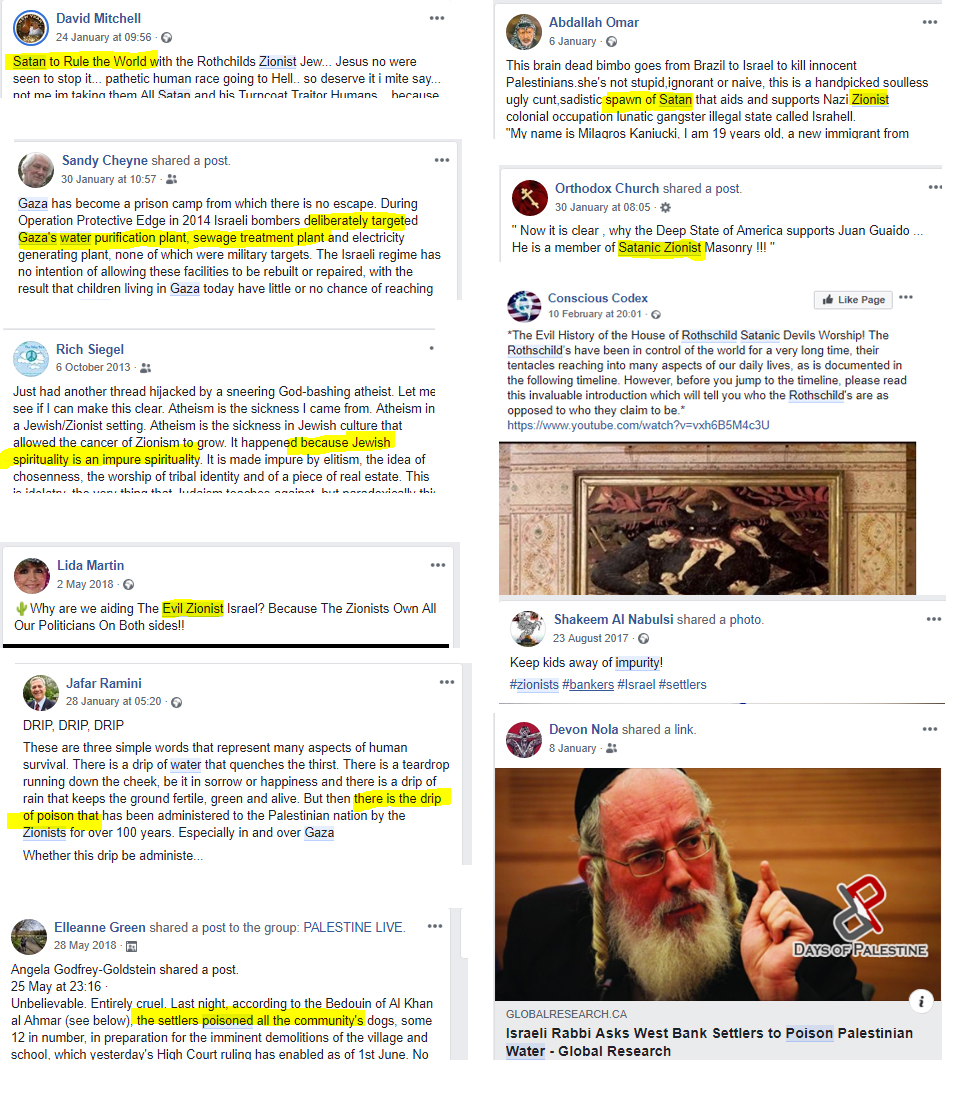 Plotting to control the world and causing wars and revolutions. The underlying logic behind all Rothschild Conspiracy: 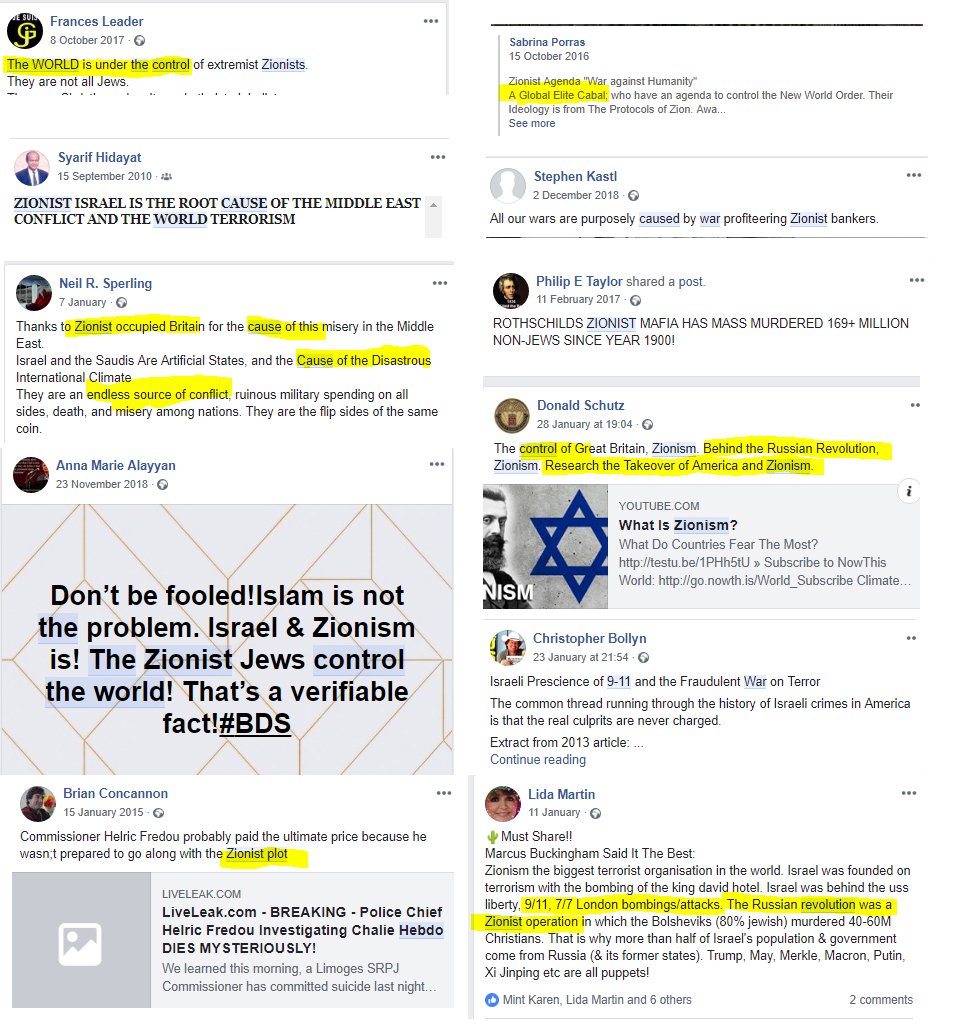 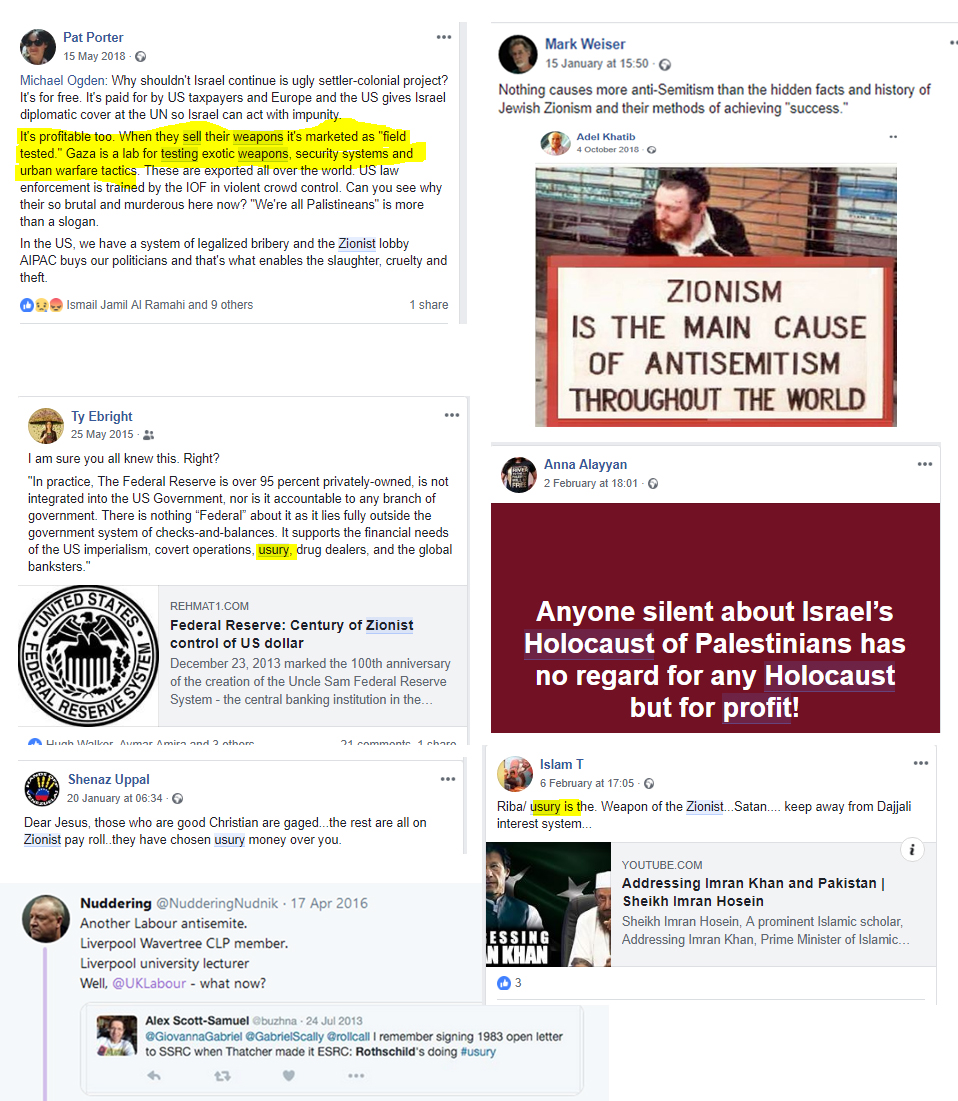 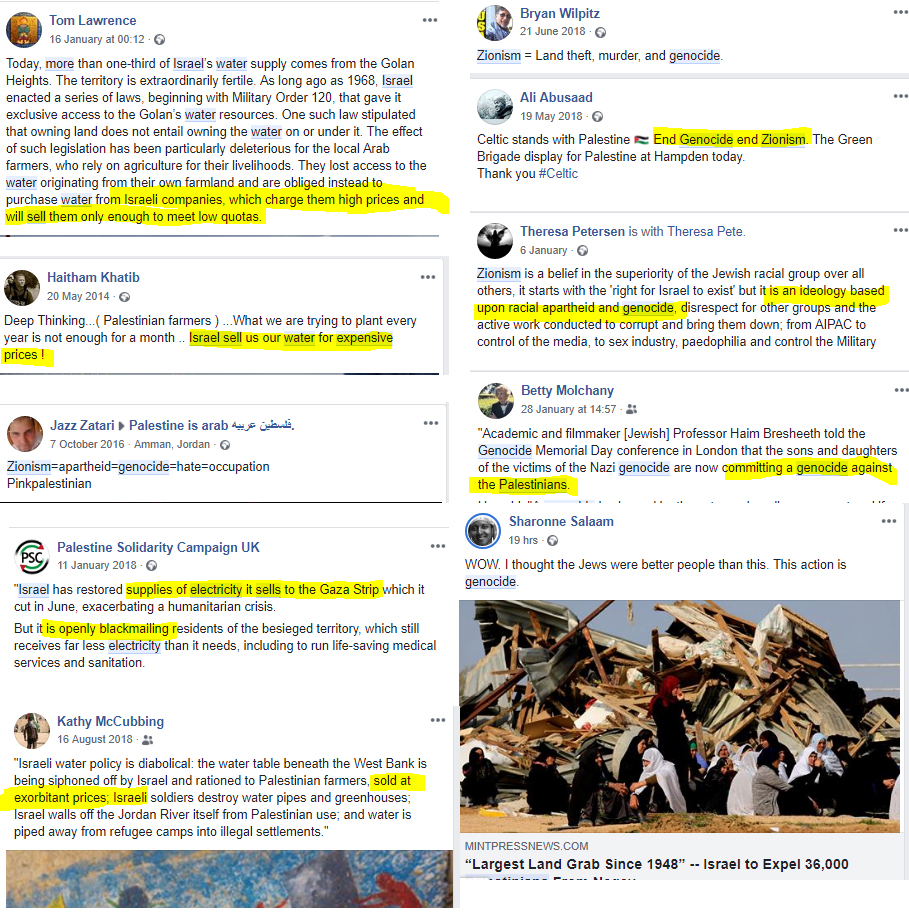 Dual loyalty, cowardice and lack of patriotism. Very topical at the moment. Both in the United Kingdom and United States: 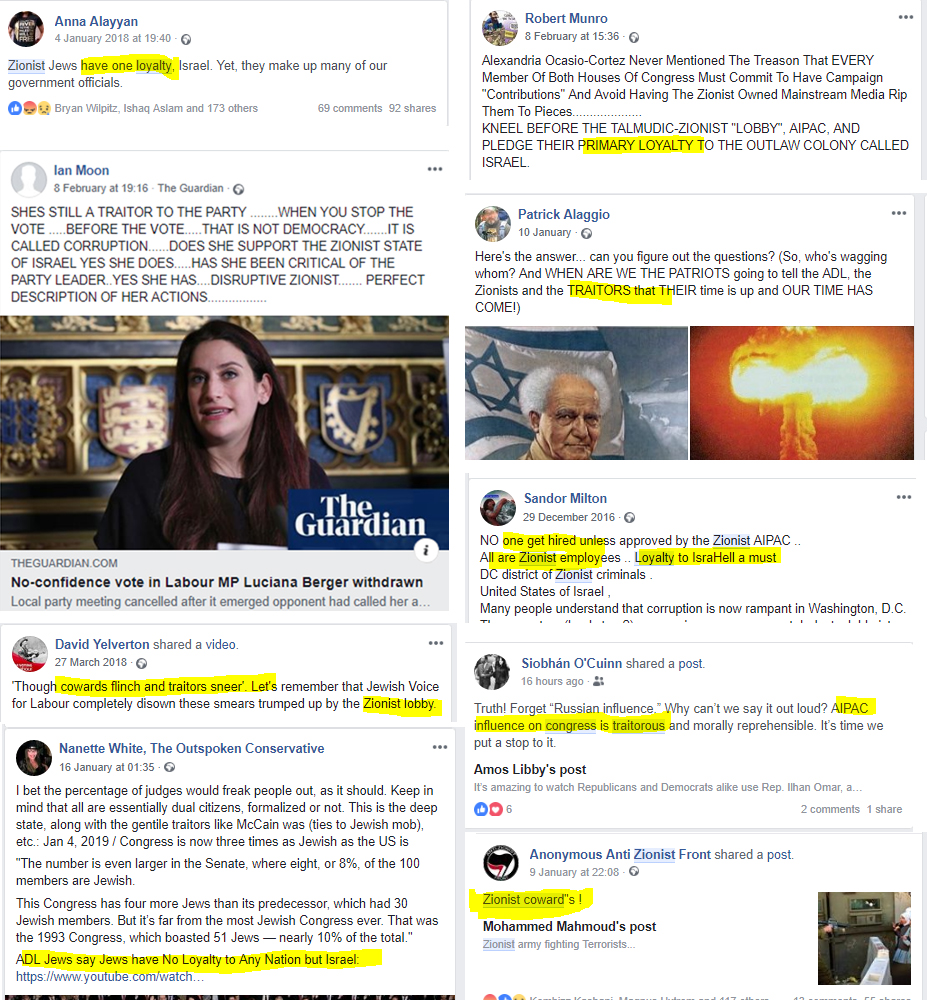 Accusations of racism and Holocaust denial. Even the UN engaged in this one: 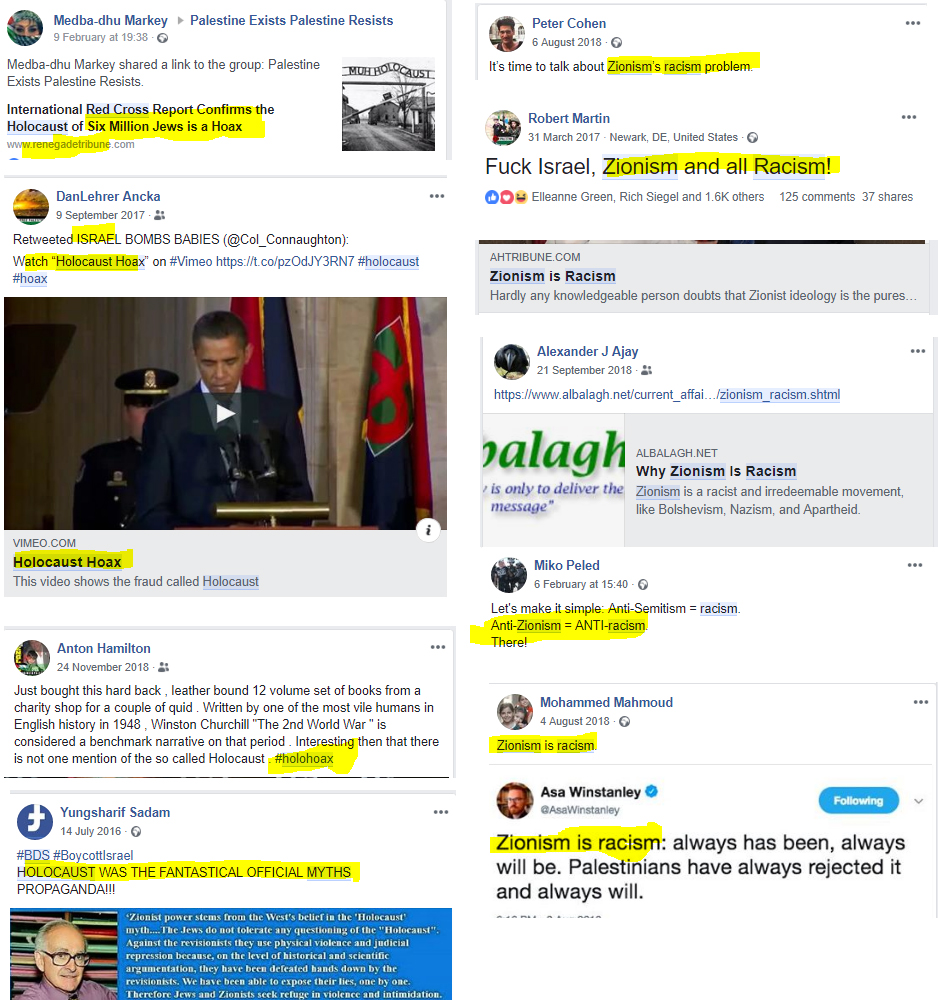 Accusations of controlling the media and the world financial system. 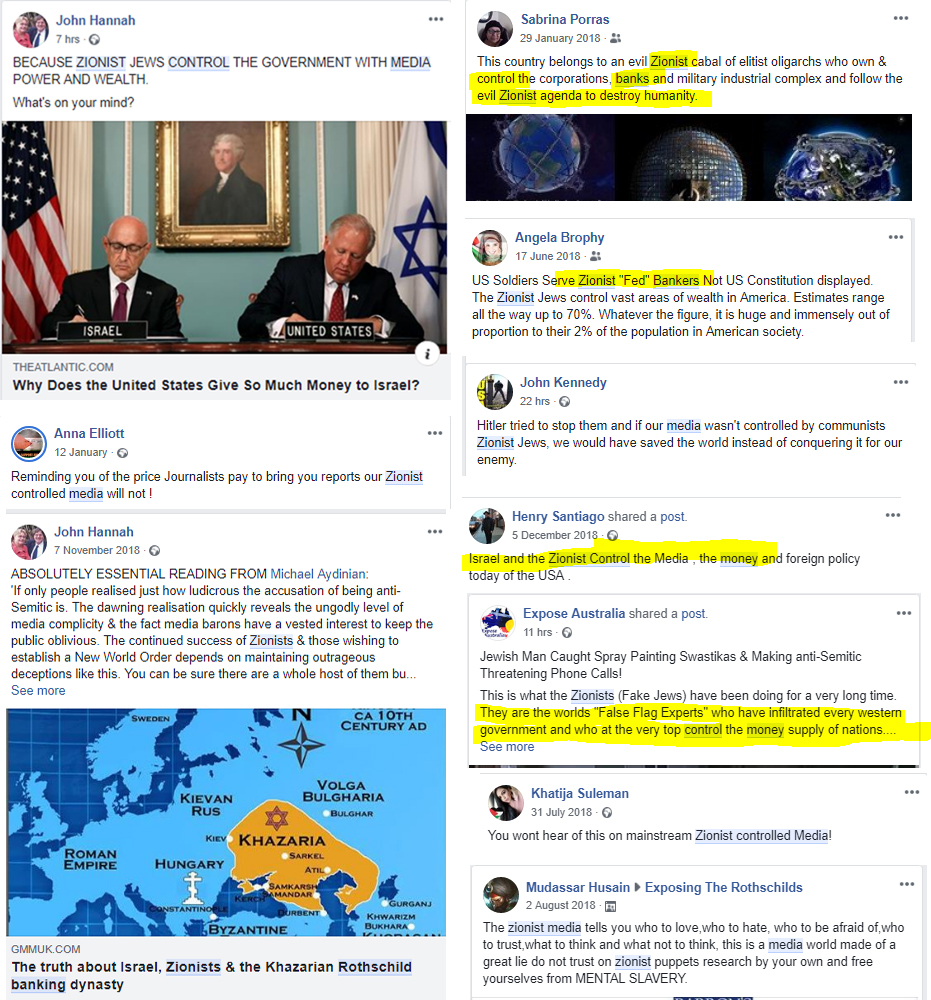 Accusations of playing a major role in the slave trade. Organ harvesting: 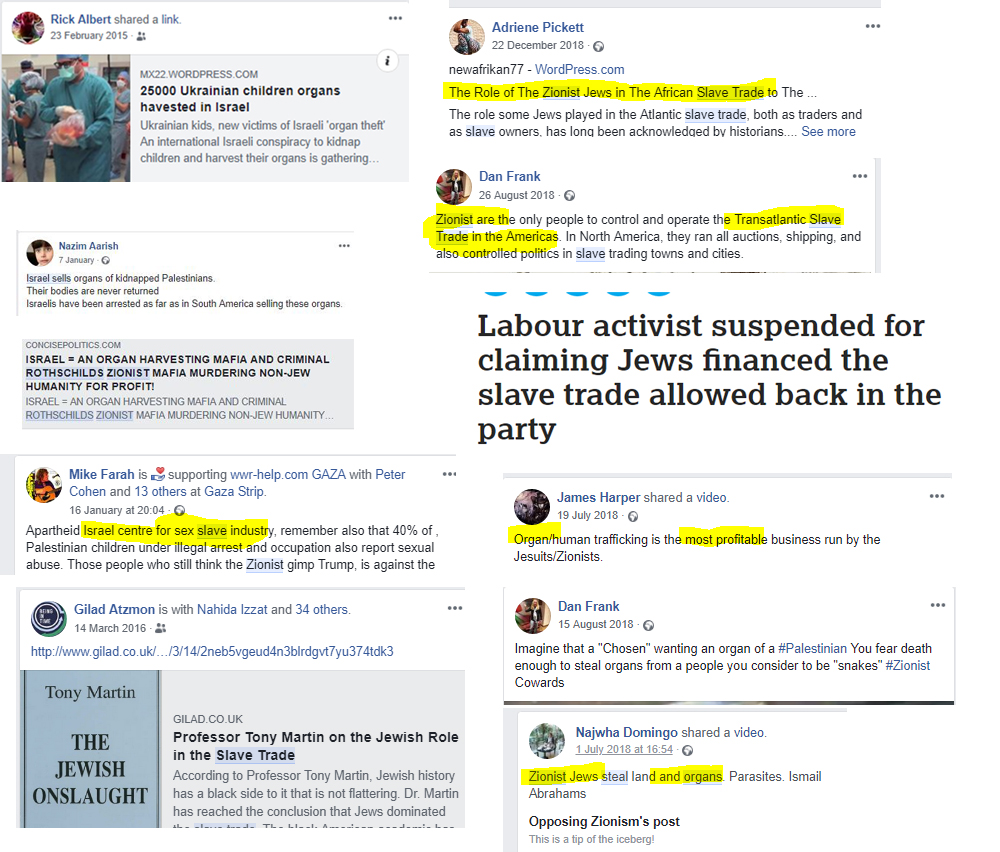 Every single canard on the list has been deployed in the demonisation of Israel. Some of them, like accusations of racism and Genocide are at the forefront of anti-Zionist ideology, and banners that promote these myths are waved at every single demonstration. Not one canard failed to make the list. Not even ‘Kosher tax’. You have to be blind, or acting with deliberate sinister intent not to see it. It looks like a duck, it swims exactly like a duck and it sure quacks like a duck. It is time for everyone to stop pretending. We are dealing with an updated version of the oldest hatred.

Help support the fight against antisemitism and delegitimisation

This blog is unique and I engage in undercover research into antisemitism and the revisionist narrative against Israel. The work is fully independent and I have uncovered many key stories on antisemitism on this site. I was recently named as one of the J100 (‘top 100 people positively influencing Jewish life’) by The Algemeiner.

If you can, please consider making a donation towards the ongoing research.

You can make PayPal donations using the donate button above. I have also just opened a Patreon page. *please* If you can consider donating just a few pounds a month it would be a great way to help me to kick-start it.

The post Antisemitism and anti-Zionism. Performing the duck test appeared first on The David Collier blog.