In a recent article for the Times of Israel, Ian Ben Zion tells us that an Israeli Knesset member is claiming that the Nike ad below, for the 2014 World Cup, is anti-Semitic.

Nike’s long Internet ad, released Monday in advance of the kickoff of the 2014 World Cup in Brazil on Thursday, features animated international soccer stars competing against clones who have taken over the sport and sapped the game of its fun.

The diabolical automatons don a logo designed to appear like a soccer ball with six white spots on a black background, which Ohayon claimed is intentionally similar to a Star of David.

Ohayon, chairman of a Knesset caucus for the struggle against anti-Semitism, said in a statement that “the new anti-Semitic propaganda is insidious and conveys anti-Semitic messages in a subtle fashion, an example of which is the Nike Corporation.”

Much to my astonishment the Anti-Defamation League agrees with me that the piece is certainly NOT anti-Semitic:

“Anyone who thinks this is anti-Semitism is certainly off base,” an ADL spokesperson said in a statement, rejecting a remark to that end by MK Shimon Ohayon of the Yisrael Beytenu party. “You can put anything in a configuration of six. Just because it appears to look like the Star of David, it does not mean it is.”

I usually find the ADL and Abe Foxman to be too old fashioned in their thinking and more concerned about fighting the old withering anti-Semitism of the past while often ignoring its current vibrant mutations.

It seems to me that people do not really understand what anti-Semitism is.  They often seem to think that it means holding a dislike for Jewish people in one’s heart.

We have to make it clear that anti-Semitism is not about what one feels, but what one says.  It is not a matter of liking or disliking Jews.  It has nothing to do with any feelings that a person may have that are positive or negative or comforting or disturbing or anything else, because it is not about feelings.  It is about expression.  It is about discourse.

The discourse, however, creates and spreads hatred which, obviously, leads to violence.  What we can reasonably ask for, as a historically oppressed minority, is that our critics make sure that they are not holding the Jews to a double-standard.

Anti-Semitism, furthermore, is not an essential condition.  It is the expression of a certain specific set of concepts that have traditionally led to violence against Jews in the past and which has led, in truth, to almost our complete annihilation within recent generations.

A person can despise Jews with every fiber of their being, yet not be an anti-Semite if they do not repeat classic anti-Semitic themes.  On the other hand, a person can have a true love and caring for the Jewish people, yet be an outrageous anti-Semite.

David Harris-Gershon might be a very good example of this kind of person.  In his writings he always is careful to point out that he is a Jew that cares deeply about the well-being of the Jewish people and the Jewish State of Israel.  Nonetheless, he repeats classic anti-Semitic themes such as that the Jews (or “Zionists” I suppose he might say), via organizations like AIPAC, have too much negative influence over the United States government.

Now that, my friends, is anti-Semitism because it repeats an anti-Semitic theme and in this case it is the very theme that Hitler exploited.  It would be as if to say that in every generation in the past this particular theme was false and we regret it, but in this generation it happens to be true! 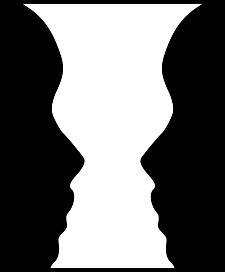 One of the biggest problems that we have as a community is that many well-meaning Jews, including perhaps Harris-Gershon, do not know the meaning of the word “anti-Semitism” and thus find themselves to be what I have called in the past “accidental anti-Semites.”  They are often Jewish people or friends of Jewish people who may have friends or family in Israel, but who simply cannot move beyond the idea that the Light Unto the Nations is killing innocent Arab children in the Holy Land.

This is an exceedingly powerful meme or theme or motif and, if it fills your heart, then from a moral perspective one does not have much choice but to spread disinformation and hatred toward Jews, particularly if one is a Jew filled with warm feelings for “healing the world” or, as we say, Tikkun Olam.

The irony, of course, is both profound and rich.  Every generation the Jewish people are told just why it is that we deserve a good beating and this generation is different in only one meaningful way.  In the past we were told that we were awful for killing Jesus or creating and exploiting capitalism or creating and exploiting socialism.  In this generation we are told that we are in violation of “social justice” and “universal human rights” – concepts that the Jewish people pioneered – and that is now the reason that we are told we are in need of a good beating.

It is always important to know just why it is that they want to kick the crap out of us during any particular season.  In this season it is because we allegedly offend social justice, which is precisely why the great majority of anti-Semitic themes today, outside of political Islam, come out of progressive-left venues.

Nonetheless, the Nike ad above is certainly not anti-Semitic.  Here is an image of the evil “Clones” which a Knesset member found to be anti-Semitic:

See the six pointed “star” on their chest?  That’s his whole case  Of course, what we are looking at is no Star of David but merely a soccer ball.

I have in the past been accused of flinging around accusations of anti-Semitism as if it was confetti.  The truth is that I almost never accuse any individual of being an anti-Semite because I understand that this particular affliction is not one of essence, but of discourse, of expression.  Harris-Gershon is probably not in his own mind a hater of Jews.  But that is also entirely irrelevant.  If one injects anti-Semitic themes into the broader conversation, as he most certainly does, then one is spreading hatred towards Jews, which is precisely what Harris-Gershon does on a daily basis and does so, or so he would tell us, out of love for humanity and desire to see social justice in the pursuit of universal human rights.

The Nike ad is not.