TOP NEWS
http://jewishrefugees.blogspot.com/2018/07/a-double-whammy-for-jews-of-france.html
The Jews of France have sustained a double blow – an antisemitic crime is attributed to mental illness, while an  institution of the Jewish community ostracises one of the foremost experts on Arab and Muslim antisemitism. Lyn Julius writes in JNS News: 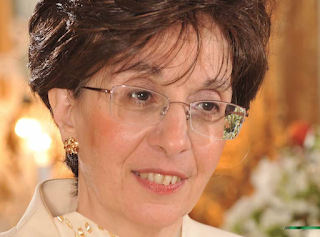 Sarah Halimi: hurled from her balcony
The first is that the murderer of Sarah Halimi, who shouted “Allah Hu Akbar” as he tortured and hurled the Orthodox Jew to her death from her balcony in April 2015, may not even stand trial. Kobili Traore has been declared “mentally incapable” by a panel of psychiatrists. After months of foot-dragging by the judge, the panel has reversed the findings of an earlier evaluation, which had retained the charge of anti-Semitism as an “aggravating circumstance.”
The second blow delivered to the Jewish community concerns the shoddy treatment of French historian and director of the Paris Holocaust memorial Georges Bensoussan. Over the last three years, Bensoussan has been fighting charges of “Islamophobia” and incitement to hatred against Muslims. In a television debate, he had said that Arab anti-Semitism was endemic, quoting the words of an Algerian sociologist that “Arabs sucked in antisemitism with their mother’s milk.” 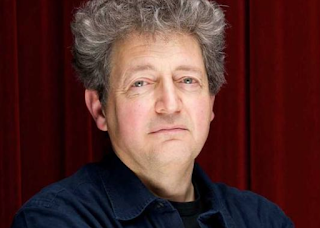 Georges Bensoussan: dismissed
Thus far, Bensoussan has been acquitted in the French courts. But his reward has been to be unceremoniously dismissed from his job after 25 years of faithful service. His contract had still had two years to run, but the lock to his office was changed. When he was eventually allowed in to collect his possessions, a minder looked over his shoulder.
The Sarah Halimi case points to the institutional denial of Islamist anti-Semitism. Not for the first time have the perpetrators of anti-Semitic crimes been declared “insane.” France does not want to admit that its terrorism problem has ideological roots. It prefers to blame economic grievances, despair or mental illness.
The Bensoussan case points to the fecklessness of Jewish community institutions in France. They have remained silent or have ostracized or have refused to support one of the most respected historians of their generation. Bensoussan may have won the argument in court, but he has become an embarrassment to the bien-pensants.
The Halimi and the Bensoussan cases are two sides of the same coin. The first was another instance of jihad terrorism against Jews: an anti-Semitic crime whose criminal nature has been denied. The second is a judicial jihad, in collusion with human rights and anti-Islamophobia organizations: the attempted criminalization of the act of calling out anti-Semitism. He who is reckless or bold enough to venture into this politically unpalatable territory is himself branded a racist.
The writer Albert Camus once said that “to misname things is to add to the woes of the world.” How right he was. If the French can’t even identify a problem, then how can they ever hope to deal with it?
Read article in full