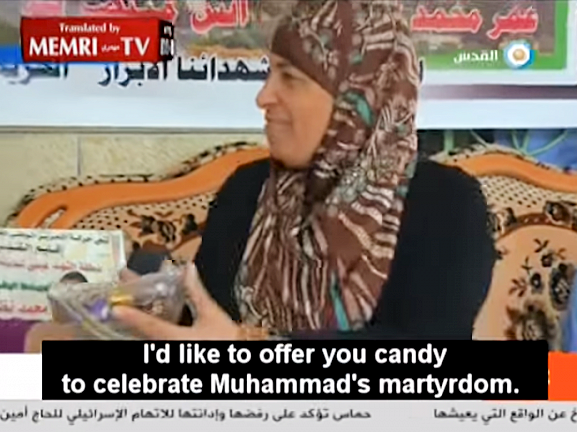 The IDF believes there have been more than 300 Palestinian-Arab-on-Israeli “lone-wolf terror attacks and copycat attacks”, as they are refer to them, since October 2015. Harel says that when first confronted by the emerging reality, the military’s intelligence organizations were at a loss to make sense of the waves of stabbings and vehicle-rammings.

They systematically addressed their lack of insight and preparedness by turning to the data. The chief focus was intelligence monitoring of Palestinian Arab social media. As he describes, it, they began with

an Excel sheet in which all the available information on the first 80 terrorists was entered. Clear patterns were spotted, with imitation the most prominent: 40 percent of the terrorists who struck in those first months came from the same seven West Bank villages and neighborhoods. Half of the attacks occurred at a small number of locations, with one attacker following in the footsteps of another. Based on this information, the Central Command tailored special security arrangements for the attack-prone sites, with the Gush Etzion junction being number one.

So while clearly the role of incitement is important, and invoking “Al-Aqsa is in danger,” as the Northern Branch of the Islamic Movement in Israel – essentially Hamas – is an exceptional potent trigger, the underlying personal and psychological problems of certain parts of their society make them wide open and receptive.

The patterns and understandings they extracted include:

When it came to finding immediate triggers, immediate is what they turned out to be:

And longer-term triggers – what we here call the PA’s Rewards for Terror scheme:

A junior Palestinian police officer earns an average of 1,700-2,000 shekels (around $500) per month; a young terrorist will receive a little more than that from the PA, from the very first day of his arrest in Israel. A long-term prisoner can receive about 12,000 shekels (around $3400) a month, a fortune in West Bank terms. Anyone who serves five years in prison is also eligible for a pension – and the army has already arrested some Palestinians who showed up at checkpoints with knives, and later explained that they were six months of prison time away from obtaining the coveted pension.

And there’s a flip-side: not for the faint of heart but certainly something that belongs in the counter terror toolkit:


Israel believes the terrorists hesitate when they think their family will pay a price. Hence, the return to the policy of home demolitions (still a subject of fierce debate among security professionals), but also to a wider effort to confiscate funds and illegal vehicles – cars that were stolen or taken off the road in Israel due to technical faults.

Armed with insights derived from data analysis, some tremendous advantages emerged for the Israeli side which found that


the number of declarations of readiness to commit terror attacks has risen by hundreds of percentage points. The Israeli response relies to a large extent on monitoring the internet and requires close coordination with the forces in the field, who are responsible for making arrests. Recently, a new record was set: Just 24 minutes passed between the time an alert was declared and when the terrorist was arrested en route to the attack. In many other cases, arrests are made within an hour or two.

He quotes a startling take-away:


The bottom line is that these moves have helped to intercept 90 percent of the lone wolf attacks.

If that’s right, people in other places ought to be paying really close attention too.