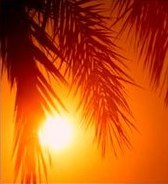 Here’s are excerpts from an article entitled “My Journey Through Antisemitism to Supporting Israel” by Zara Shaen Albright, a Muslim-born British lady of Pakistani heritage who converted to her husband’s Catholicism.

From a position fot antisemitism and hostility to the Jewish State she came to realise, thanks to an open-minded mother who encouraged her curiosity about the Shoah and matters Jewish, that her previous stance was unjustified.


‘For as long as I can remember, I grew up hearing some form of antisemitism. From hearing the casual “let’s go shoot some Jews” to being advised not to be open about my support in Eurovision for Israel, to being told that the holocaust was “Allah’s way of showing the Jews what would happen if Israel was formed”, to being told that I “look like a Jew with a big nose” as an insult, it became so normal to hear such sentiments, that they essentially became background noise….‘

A visit to Israel proved seminal.


‘Luckily, I … was able to visit both Israel and Palestinian territories…. I able to see many holy sites that hold a lot of significance for me as an ex-Muslim-turned-Catholic-convert … I was also able to explore the beauty of Israel’s culture, to hearing from Israeli settlers … to seeing the Kibbutz where cute Winnie-the-Poo murals were painted on and inside bomb shelters so the children would not be afraid, to seeing the celebration of martyrdom in the refugee camps, and the expectations that awaited the little boys when they grew up, I changed from being neutral to being a Zionist, which, as it turns out, is the mere belief that Jewish people should be able to have a homeland….’


‘Remember that Islam once had its own empire, and the existence of Israel is a reminder of the felt pain and anguish over such a great empire now only being a memory.

Secondly, the formation of Israel is seen as something that was implemented by the British…. From the Suez crisis to the partition of India and Pakistan, the wounds from British imperialism are still fresh, and therefore the association between Israel and the British empire is again, a painful memory of the past.

Also, bear in mind that many in Muslim communities don’t know anyone who’s Jewish. It’s much easier to have a fear of the other, and to build upon it, and exaggerate when it’s someone you’ve never had the chance to relate to….

Finally, rather than being seen as a discriminatory mindset, the antisemitic feelings towards Israel and its Jewish citizens are often legitimized by the West. From protesting the Israeli embassy, to BDS to the antisemitism scandals in the Labour party, hatred of the Jews is given a green light by many in the political and cultural sphere….’

Read that and her entire article here