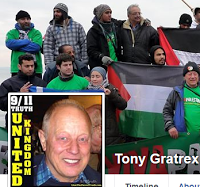 At London University’s School of Oriental and African Studies yesterday, an Israel-demonising affair didn’t go exactly as planned, owing to the presence of a stalwart band of Israel-supporters who told the participants what they didn’t want to hear, got ejected for doing so, and are now being slurred as “having ties to the EDL”.

(See video, which should be watched to the end, and post here)

That slur is not only baseless but most ironic, given the fact that one of the anti-Israel activists who couldn’t attend, but would very much have liked to, is 9/11 truther Tony Gratrex, founder of the Reading PSC, who (see here for example) is widely perceived to be an antisemite: 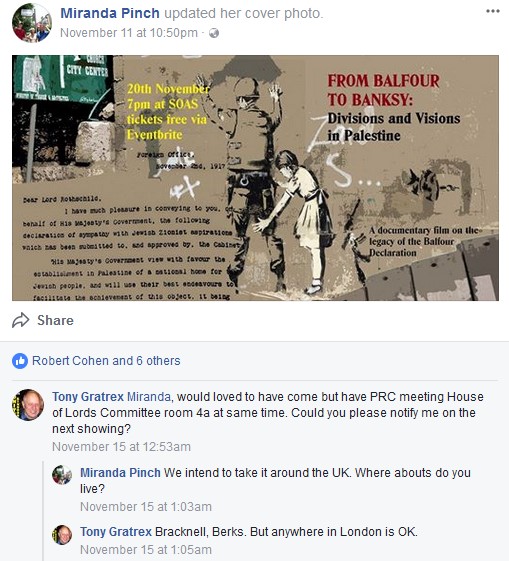 Moreover, Ms Pinch herself, the Anglican daughter of a Jewish mother from Czechoslovakia if I’m informed correctly, has raised eyebrows in linking to material from the notorious antisemitic Redress site that I understand most PSC types try, publicly at least, to avoid: 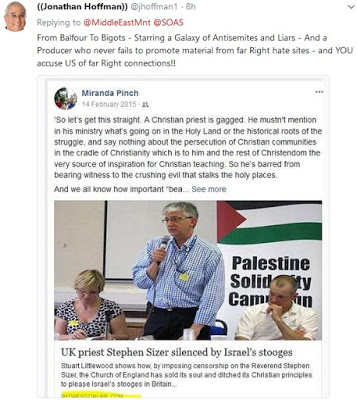 Some more reactions on Twitter to the SOAS event: 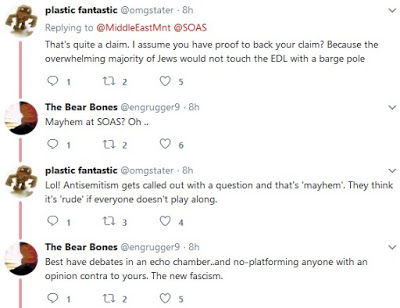 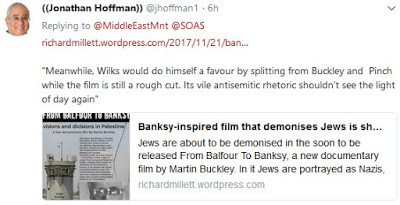 Talking of Iran, our old mate rhe CEO of “Peacemaker Mediators” (freshly fired up with support for Sabeel, btw) has just recorded a Christmas message: 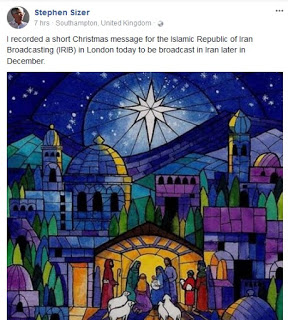 Just what is it about the land of the mullahs that seems to fascinate the ex-vicar so much?  What, oh what, can it be?