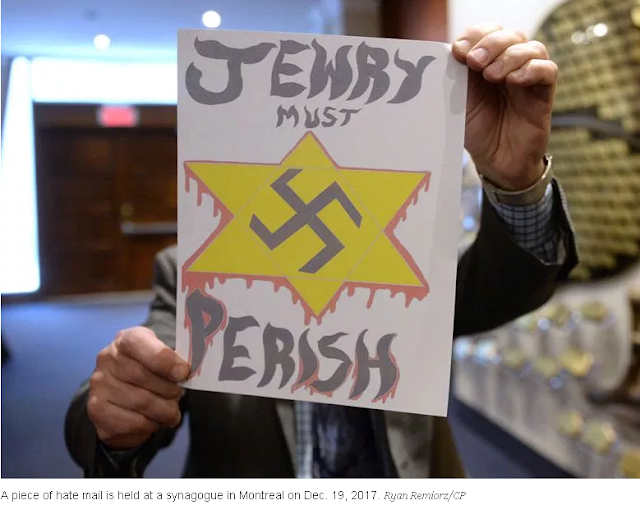 Here’s what I mean:

Ancient Greek antisemitism (ridiculing the religion, upset at their separateness) was not the same as Hellenistic antisemitism.

Hellenistic antisemitism (the first Diaspora was a conspiracy-against humankind) was not the same as ancient Roman antisemitism.

Ancient Roman antisemitism (persecuting Jews for practicing Judaism and not assimilating) was not the same as early Christian antisemitism.

Early Christian antisemitism (“Christ-killers” and New Testament antisemitic passages) is not the same as Islamic antisemitism.

Islamic antisemitism (Jews as deceitful and murderers of prophets) is not the same as medieval European antisemitism.

Medieval European antisemitism (Crusades, Jews as scapegoats for epidemics, blood libel, Inquisition) is not the same as Lutheran/Reformation antisemitism.

Lutheran antisemitism (direct calls to pogroms, accusations of blasphemy) is not the same as philosophical antisemitism.

Philosophical antisemitism (Voltaire:”an ignorant and barbarous people,” ) was not the same as socialist antisemitism.

Socialist antisemitism (Jews are the corrupting force behind capitalism) is not the same as racial antisemitism.

Racial antisemitism (Jews are an inferior race) is not the same as conspiracy theory antisemitism.

Conspiracy theory antisemitism (Jews are secretly controlling the world, media, banks) is not the same as modern antisemitism/anti-Zionism.

Modern antisemitism says Jews do not have the right to a state, and the Jewish state is uniquely evil.

The hate that animates this is the same as for all the other antisemitisms.

Just because it is called “anti-Zionism” doesn’t mean it is not antisemitism. It is simply the newest flavor.

As in the previous antisemitisms, there are always “reasons” to hate Jews. The reasons are invariably garbage. But they are excuses to hang hatred of Jews on and not feel like a bigot.

Anti-Zionism is exactly the same.

The Enlightenment should have destroyed antisemtism, since it was supposedly objective. But philosophy and “science” were used as excuses and justifications for Jew-hatred.

Today, people who claim to be against bigotry are using the same kind of flawed logic to tell people to hate most Jews. They find that they must remove Jews from victimhood status to treat them as if they are the victimizers. They must

Antisemitism NEVER has a reason – but it always has an excuse.

Today’s antisemitism is based on a series of excuses that blame Israel for the world’s troubles just like the previous one blamed Jews as a whole for the world’s troubles. During the Inquisition and other times under both Christian and Muslim rule, Jews would be told they must renounce Judaism to get rid of the stigma of being Jewish; today Jews are being told they must renounce Zionism to be accepted as full members of certain groups.

The bottom line is that all of these versions of antisemitism are based on the exact same hate of Jews, and justifications for that hatred are made up after the fact. The hate is the common denominator. There is nothing more justified about today’s anti-Zionism than the antisemitism of old.

(This is a slight expansion of a Twitter thread I wrote yesterday.)