On Tuesday, I wrote about a hit Egyptian war movie “Al Mamar” where the villain plays an IDF officer who is referred to in interviews as Jewish. He says how proud he is that his portrayal elicits hate against the Jewish character, and how even his wife stayed away from him when he was in character as a Jew.

Moreover, the Egyptian media reported that children as young as kindergarten age were being brought to see the very violent movie to increase patriotism and how they loved how the Egyptians were killing “the Jews.”

That same day, one of the newspapers I quoted wrote an article – about my article! 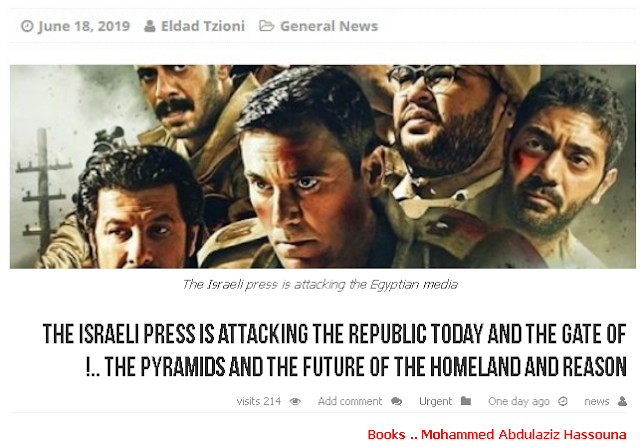 Referring to me as my pen name Eldad Tzioni, the site algomhuriaalyoum.com, the hard to decipher article says the Israeli press is attacking the film and that newspaper and the political party that arranged a showing of the movie to give awards to the filmmakers.

The article complains, “What limits do they go to in order to intervene even in the upbringing of our Egyptian children?” It then goes on to mention the accidental Israeli bombing of a school in 1970 that Israel thought was a military site.