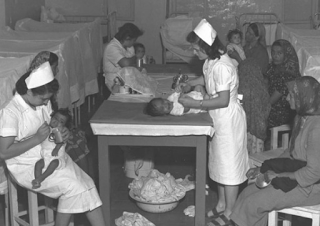 Newly-released documents show that the authorities were guilty of gross negligence, but not state-sanctioned kidnappings in the saga of the disappeared  Yemenite children. The Times of Israel reports:

As the Israeli public and media began perusing hundreds of thousands of newly released documents pertaining to the missing “Yemenite Children Affair,” early reports on the files from a 2001 government inquiry appeared to dispel notions of state-sponsored abductions of children during the early years of the state as has been alleged by many Yemenite families.

The declassified documents point to numerous cases of children being taken away from their families to receive medical treatment without parental approval, proper documentation, and identification procedures. Families subsequently lost all trace of their loved ones, with deaths going unreported and children being put up for adoption after authorities claimed their families had disappeared.