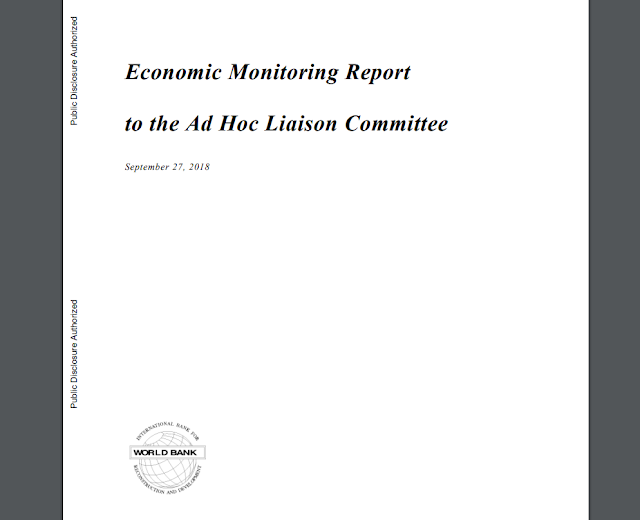 The World Bank issued a series of reports on the dire situation in Gaza – and it reveals some interesting facts in its recommendations.

Restore transfer flows
1. Restore aggregate PA payments to Gaza (these have declined by $30 million per month from 2017). Priority should be given to social assistance payments, medical supplies, and salaries for PA employees who are working.
2. Reverse the decline in donor funding to key service delivery agencies such as UNRWA.

The cuts began around April 2017. $30 million a month since April 2017 comes out to over half a billion dollars!

For some reason, the US withholding funds from the Palestinians is big news. When other countries do it it is no big deal. (International support for the Palestinian budget has gone down by 2/3 since 2008!)  And when Palestinian leaders themselves withhold huge amounts from Gaza no one at all reports it until it is buried as a parenthetical statement in a 37 page report.

And it might get much, much worse. The PA still sends $96 million a month to Gaza – and Mahmoud Abbas may cut that entire amount.