A hilarious item from Sputnik News:

In an embarrassing error, a billboard in the Iranian city of Shiraz meant to commemorate the country’s eight-year-long war with Iraq accidentally featured images of soldiers from the Islamic Republic’s more perennial rival: the Israel Defense Forces.

Iran is in the middle of its Sacred Defense Week, a week-long holiday meant to commemorate the Iran-Iraq War, fought between the two countries from 1980 until 1988. Unfortunately, one ad in Shiraz, a city in Fars that is Iran’s fifth-largest, purported to show Iranian soldiers gazing out from a mountaintop at the horizon, but instead showed soldiers from Israel, a country revolutionary leader and Shiite cleric Ayatollah Ruhollah Khomeini called “the little satan” (compared to the United States’ “big satan”).

What’s more, the original photo featured a female soldier, who was edited out for the Shiraz billboard, and clouds were put in to replace the original backdrop of a suburban locale. The soldiers’ uniforms in the ad don’t look like Iranian army uniforms, either.

​Once the ad’s true nature became known, it was quickly taken down. 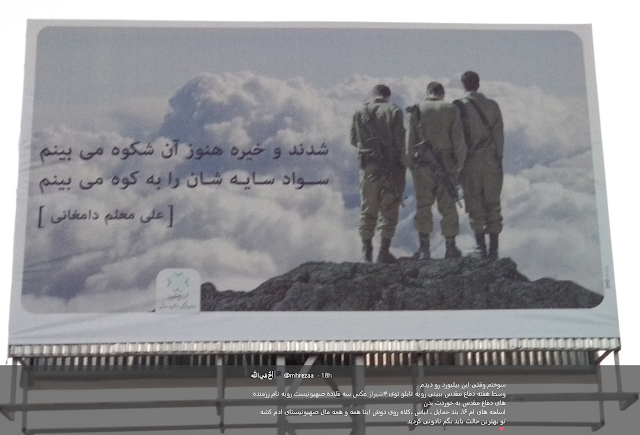 And here’s the original photo of IDF soldiers who were looking out from a hill near Gush Etzion: 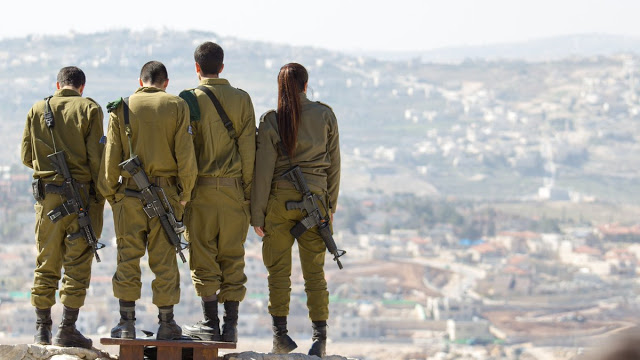