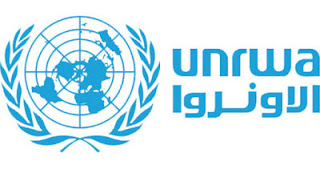 The question is, why? What is there to celebrate?

UNRWA was originally meant to be a temporary refugee agency for those displaced from the 1948 war – Arabs and Jews – until a permanent solution could be found for them.

Originally UNRWA tried to find permanent housing and jobs for Palestinian refugees in Arab countries. It tried to ensure that non-refugees couldn’t get free services. It tried to act like a responsible agency.

But over its first few years, it lost that focus. It changed into a permanent welfare agency. It adopted the Palestinian narrative that there is no solution without “return” to destroy the Jewish state demographically. It made a mockery of the Refugee Convention by creating its own definition of refugee that would ensure that it would become a permanent bureaucracy with an ever-growing set of clients. According to UNRWA, even American families of multi-millionaires are considered “refugees.”

Now it is a joke. It teaches children to hate. Its teachers are often rabid antisemites. It meekly accepts demands from terror groups like Hamas, for example not to teach the Holocaust. It claims not to be political but it is completely political and partisan, even bringing kids to anti-Israel rallies. It keeps the “refugee” problem festering by keeping camps open even under PA rule, even when the residents are citizens of Jordan and not refugees by any definition.

There is nothing to celebrate. UNRWA needs to be dismantled.