Sara Beth Koplik has  published  a book on the history of Jews in Afghanistan in the nineteenth and twentieth centuries (especially from 1839 to 1952). This  once flourishing community  is now defunct. It struggled to recover from successive calamities (Mongol invasion, forced conversion of Jews to Islam in Mashdad). interview by Nathan Weinstock in Information Juive: 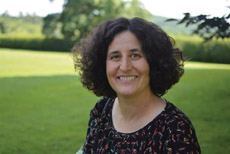 Afghan Jews frequently had to face difficult times and  as a religious minority, they became the target of persecution.

An accumulation of events in early 1930 led  to the gradual disappearance of the Jewish community. The influx of large numbers of refugees, including from Bukhara – a consequence of the quasi-Stalinist policy of genocide – prompted the Afghan government to impose on the local Jewish population discriminatory laws forbidding them to engage in commerce or travel outside major urban centers. Hence their  brutal impoverishment, aggravated by an economic policy focused on development projects based on a monopoly system favouring the majority Pashtun. 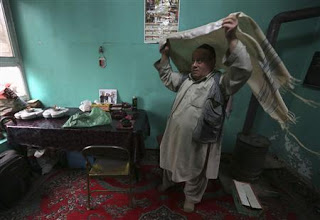 Furthermore, the agreements concluded by Kabul with the Third Reich, under the leadership of ‘Abd al-Majid Khan Zabuli, would allow Nazi Germany to exert some influence on certain aspects of Afghan policy, especially in the economic field.

After the Second World War, the Afghan economy collapsed and the region fell prey to starvation. The establishment of the State of Israel  was lived by the Jewish community as the fulfillment of biblical prophecy and most of its members left when they were finally allowed to emigrate.

The numerical strength of the community  increased due to the flight of Jews of Mashhad after their  (1839) forced mass conversion. In 1856, the whole Jewish community of Herat was forced to join the Persian army in its march to Mashhad, where its members  remained imprisoned for several years. Many of them died as a result of prison conditions.

At the end of the nineteenth century, they were exposed to a series of pogroms, including the massacre of eleven rabbis in Maimana. The early years of the twentieth century ushered in a best time for the community, but it was hit by new problems  from the early 1930s, forcing all Jews residing in the north to live either in Kabul either in Herat.

Bukharan refugees were locked in an old caravanserai and forbidden to engage in any work. The community was overwhelmed by the many restrictions of all kinds imposed upon it, which eventually triggered a refugee crisis: the Jews fled from Afghanistan to India, including Peshawar and Mumbai.