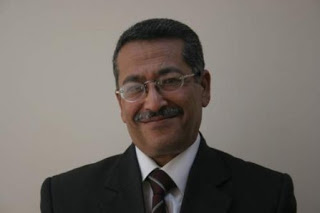 According to an op-ed in Jordan’s Ammon News, there was a Haaretz article suggesting that Israel, Jordan and the Palestinians would be better off as a single confederation.

This is about as progressive an idea as one can imagine to help Jews integrate into the Middle East.

So the reaction by this op-ed writer, Helmi Al Asmar, is instructive.

He frames this proposal this way:

The Zionist collective mind is constantly working to think of finding ways to legitimize  its strange existence among us. The occupation of the usurper was and will remain in the Arab collective collective conscience an emergent tumor that will never be part of the body of this land.
The latest of the tricks that the Zionist mind creates is what  Prof. Gabrielle Mucid [?]  of Israel: A confederation between Palestine, Israel and Jordan, claiming that there are many reasons, political, economic, security, psychological and historical, make the solution of confederation ideal for the Arab-Israeli conflict!

The idea is of course stupid, and would result in the end of Israel.

But the Arab reaction reveals much more: the idea that Jews actually belong in the Middle East is horrifying and they will never be accepted as people who truly belong where they are actually more indigenous than most Arabs.

The writer, Helmi al Asmar, was born in the West Bank and now lives in Jordan. He is also a poet.