When the 12th century rabbi Benjamin of Tudela wrote The Book of Travels, over 80 percent of Jews lived in the Mediterranean and the Middle East.  Judaism’s sojourn in Europe will prove to be only a twinkling of an eye in the grand sweep of history, argues Ben Judah in the Jewish Chronicle. 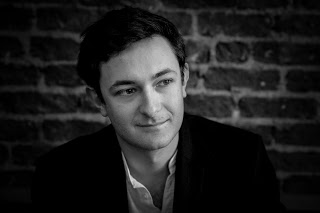 Ben Judah: in Judaism what was will be

Reading The Book of Travels one is left with one conclusion. Sephardic and Mizrahi Judaism, rather than a curio, is in the greatest sweep of Jewish history the mainstream. Ashkenazi Judaism was the flickering. Next to non-existent in the early middle ages, ballooning suddenly, only to almost vanish from Europe in less than five centuries.

None were more aware of this than the Rabbis, when the 15th century Rabbi Mosses Isserles ruled his commentary on the Shulhan Arukh he was enshrining in Krakow specific distinct customs and traditions, what he saw as a branch, not the trunk of Judaism. These rulings – as if for an offshoot – came to define the Ashkenazi rite.

Piecing through texts and cemeteries, historians have estimated the historical Jewish population. As Benjamin travelled in the 12th century over 80 percent of Jews lived in Mediterranean and the Middle East – scholars estimate less than 12 percent were living in Europe. Until the 16th century, after the expulsion from Spain, the majority of Jews lived in Islamic lands – they were Mizrahi or Sephardi.

We remember why European Judaism collapsed. But why did it boom? Demographic historians explain that Europe entered “a demographic transition” centuries before the Mediterranean and the Middle East. The very basics of sanitation came to the shtetl centuries earlier: clumsy plumbing, rudimentary medicine and basic sanitation – allowed the Ashkenazi mortality rate to fall whilst the fertility rate stayed high.

Historically this lucky plumbing was only to be a flash in the pan. Judaism is now slowly returning to what it always was: a primarily Middle Eastern phenomenon that Benjamin would have recognized better than the shtetl. Today roughly 45 per cent of the world’s Jews in Israel (which has overtaken the United States, where some 40 per cent live). With the Israeli Jewish population booming, with an average of three children per family, and the US Jewish population ageing and declining the majority of the world’s Jews will again be Middle Eastern by 2050.

In Judaism, what was will be, and Europe was but a twinkling of an eye.