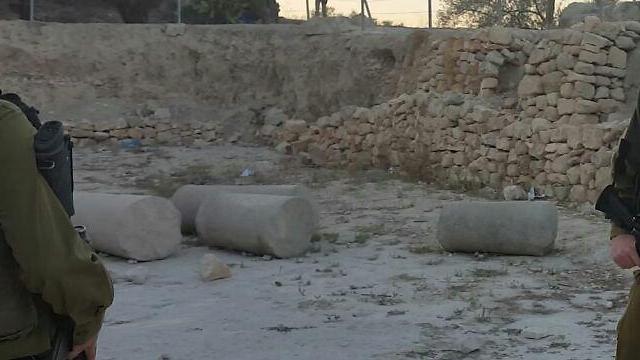 Last month I pointed out that Palestinians and ISIS have another thing in common – the desire to destroy ancient heritage sites that they consider to be in conflict with their beliefs. I gave many examples of how important Jewish historic sites have been attacked, damaged and destroyed over the years by Arabs including under Palestinian Authority control.

Here’s another example of a direct attack on Jewish heritage from last week:


A marble pillar belonging to the 2,000-years-old Herodium palace was smashed in the Sebastia National Park in the capital of ancient Samaria.

This is not the first time that biblical treasures have been vandalized. Indeed, graffiti was sprayed at the site denouncing Judaism and Christianity, while Christian monuments were defiled, antiquities were robbed, and seats in a Roman amphitheater were damaged.

The giant archeological site, which was located in the ancient capital of Israel, was founded, according to the book King of Kings, by King Omri in 880 BCE.

The incident is the second time vandalism has occurred within three months at the archeological site against antiquities directly connected with Israeli heritage.