A white-supremacist call to action to “troll” Jewish people in Whitefish, Montana — home of white nationalist Richard Spencer’s mother — is gaining support on social media and putting lives in danger.

On Friday, Andrew Anglin of the Daily Stormer published an inflammatory article about Jews “targeting Richard Spencer’s mother,” Sherry Spencer, claiming that her real estate business is failing because of public backlash against her son, a white supremacist and prominent member of the National Policy Institute (NPI) who coined the term “alt-right.”

Anglin falsely claimed that Jewish people in Montana are “harassing” Sherry, attempting to extort money from her, and forcing her to sell a building she owns — all because they disagree with her son. He cites a Daily Mail article in which Sherry complains that her sons’ views are damaging her business. The article does not mention any particular religion. But Anglin called on his readers to harass Jews, describing them as a “vicious, evil race of hate-filled psychopaths” and “a people without shame.”


“Are y’all ready for an old fashioned Troll Storm?
Because AYO – it’s that time, fam.
And as always: NO VIOLENCE OR THREATS OF VIOLENCE OR ANYTHING EVEN CLOSE TO THAT.

Just make your opinions known. Tell them you are sickened by their Jew agenda to attack and harm the mother of someone whom they disagree with.

The post included photos, phone numbers, email address, and social media accounts of members of Love Lives Now, a peace organization “committed to co-creating a caring, open, accepting and diverse community, free from discrimination and dedicated to equal treatment,” which is smeared by Anglin as a “terrorist group.” The action also incorporated photos of a local real estate owner, her husband, and young sons, as well as addresses where people can find them.

Love Lives Here Chairman Will Randall told the Missoulian that the fallout has been “gut-wrenching.” “These are some of the best people around, and to see them attacked because they’re Jewish or have a Jewish-sounding name is disgusting,” he said.

I won’t link to the neo-Nazi site that is making the threats, but it includes exhortations to tweet to a 12 year old boy: “You can hit him up, tell them what you think of his whore mother’s vicious attack on the community of Whitefish.” (The boy closed his Twitter account.)

The husband of one of the targets has a law firm, and Anglin told people to give him bad Google reviews. Sure enough, only in the past few days, people have gone to his Google site and made up stories about how they were scammed in a Ponzi scheme by the lawyer, or that he ruined their lives with bad representation – all obviously fiction.

As pathetic as Anglin is, the people who mindlessly do what Anglin decrees from his hiding place are a huge and toweringly stupid waste of oxygen. 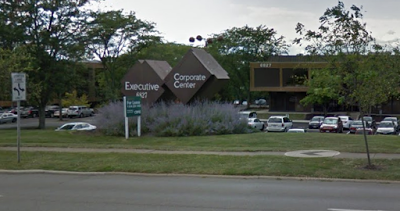 This is the address where Anglin’s father accepts donations to his son’s neo-Nazi website.