This survey for Ynet News by Beit Hatefutsot (Israel’s Museum of the Diaspora) does not reach any earth-shattering conclusions, but it does recognise that Jews did leave Arab countries  for destinations other than Israel – and in some cases well before Israel was established. (With thanks: Gina, Imre)

Jews began leaving Arab countries even before the establishment of Israel, and more left as the conflict between the Arab countries and the nascent Jewish state intensified. 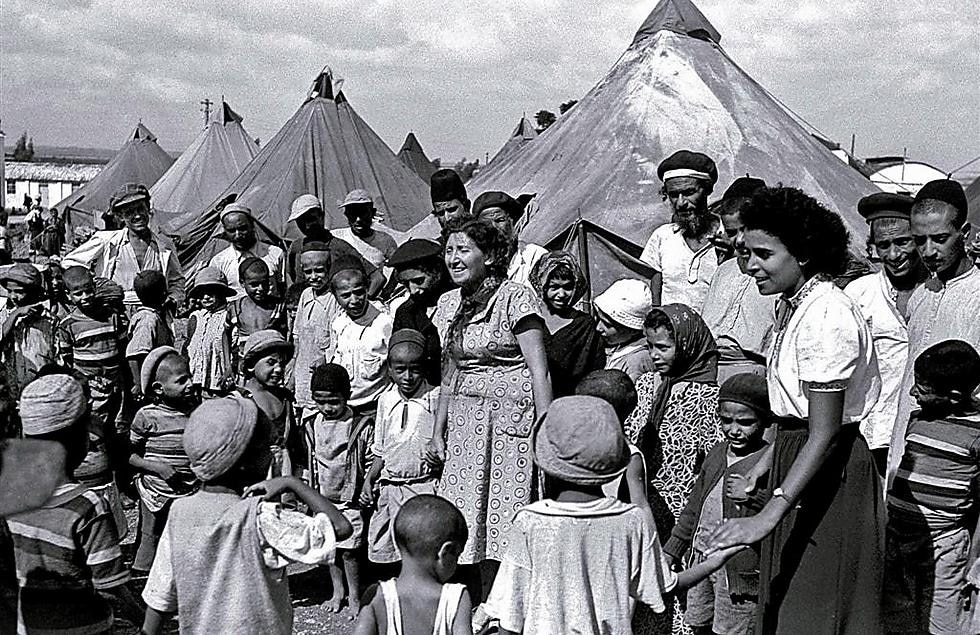 Yemenite Jews (Photo: Reuters)
From some countries, the process was quick and most of their Jewish population left within a few short years. But in others, it was a drawn-out process in which the Jews left in various waves.
The bottom line is that of the million or so Jews who lived in Arab countries in 1947, only a few thousand are left today. Hundreds of years of history disappeared, almost instantaneously.
As opposed to most Moroccan Jews who left quietly, Jews of other countries did not have such an option. In Yemen and Iraq, most Jews left in operations organized by the State of Israel, often with the assistance of local Zionist movements. Many of those who did not join the mass exodus were left behind until this very day.
For most Jews, Israel was the natural and preferred destination. The excitement stemming from the very establishment of an independent Jewish state in the land of Israel was immense and was articulated the realization of generations of longing and prayers for the return to Zion, out of a desire to be part of the Zionist enterprise.
There were other factors as well, often personal. Those who had family members who were already settled in other countries and were capable of financially supporting their relatives, often joined them instead of immigrating to Israel.
In addition, wealthy or well-educated families, such as those who mastered English or French or had professions that would enable them to easily integrate into western countries, often preferred to immigrate to countries other than Israel, at least initially.
The 6,000 or so Jews who lived in Libya in 1967 were transported to Italy due to the dangers they faced following the 1967 Six-Day War. Most of them then immigrated to Israel.
Some Jewish communities from Arab lands left and settled in other countries long before the State of Israel was established. Jews from Morocco settled in the Amazon in northern Brazil and Peru during the 19th century rubber boom.

The Sephardic community in the Canadian province of Quebec numbers some 25,000 today, mostly in Montreal. Many Jews left Morocco in the late 1950s and as French speakers found a home in the French-Canadian province.

Jews from Syria settled in various communities in Latin America, such as Mexico City, Buenos Aires, Sao Paulo and Panama, around the turn of the 20th century. 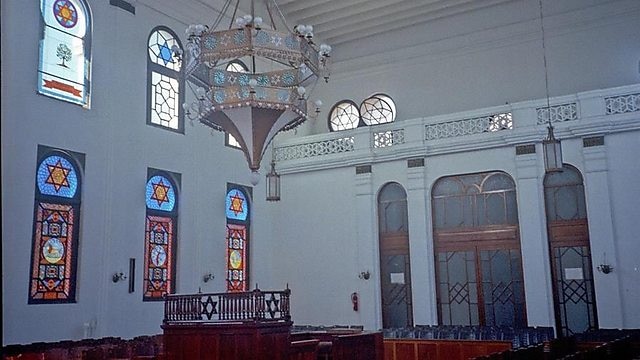 Sephardic synagogue in Guatemala City (Photo: Beit Hatfutsot)
There were also communities of Jews from Iraq who settled in India and the Far East, or in England, where Yemenite Jews from Aden settled.

In most of the places where the Jews settled they established a traditional synagogue and made an effort to preserve the religious and cultural customs from their land of origin. Their customs served as an anchor to preserve their identity among the subsequent generations.

In countries that were colonized by France, many Jews adopted the French language. Many of those locations had Jewish schools founded by the Alliance Israélite Universelle, a Paris-based international Jewish organization founded the French statesman Adolphe Crémieux to safeguard the human rights of Jews around the world.

Most first-generation emigrants continued speaking their native language, at least at home. In Israel however, there was immense pressure to learn and adopt Hebrew. Arabic speakers were also viewed with suspicion, as it was this language of the enemy. Consequently, most first generation immigrants abandoned their mother tongue, aside from a few words and expressions, and failed to pass it on to the next generation.