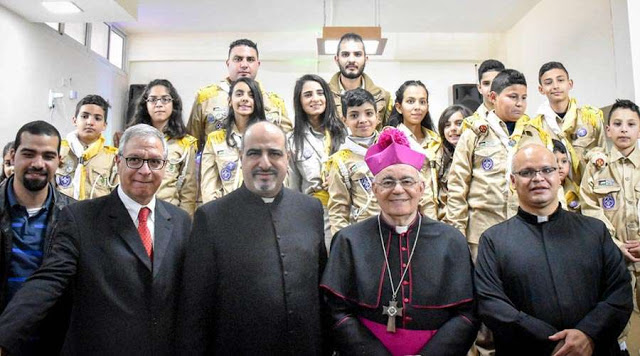 An article I mentioned yesterday from Palestine Information Center includes an interesting statistic:

According to recent statistics, the Christian community in the Gaza Strip is getting smaller with about 730 Christians living currently in the enclave, most of whom belong to the Greek Orthodox Church.

How are they getting out, if Gaza is under siege?

Some might be managing to escape through Egypt when that country opens its borders, but Hamas and Egypt severely restrict who can leave Gaza and who can leave Egypt altogether.

The answer can be found from an interview with an anti-Israel Christian cleric earlier this year:

“Every year Christians have one permit to leave and visit the holy places on Easter and Christmas,” and many of them stay there,” explained [Father Mario] da Silva, speaking to ACI Prenza.

So when 250 Gazans have already received permits to go to Bethlehem for Christmas, the Christian population of Gaza may be reduced to 500 or so by the end of the year.