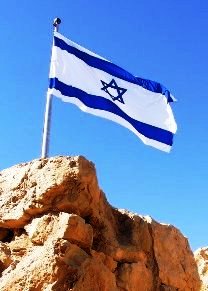 “Long ago, August Bebel gave a name to left-wing anti-Semitism: “the socialism of fools.” , Emeritus Professor Michael Walzer, of Princeton, reminded us back in March, adding,  “Now the fools are in Congress”.

His focus, no prizes for guessing, was on Representative Ilhan Omar, and he wrote, inter alia:

“A congressional resolution condemning all forms of bigotry is no doubt commendable, but it doesn’t serve our political purpose. What is necessary is a fierce and detailed expose of all the lies about the Jews. And it is important that the word be used: lies. Many of Omar’s critics prefer to be offended, hurt, and distressed by her repetition of anti-Semitic tropes rather than outraged by the dishonesty of the tropes.

And they are, in turn, afraid to offend Omar’s supporters, who seem to think that the lies Omar repeats are simply her opinions; they are just like everyone else’s opinions. Indeed, Omar is entitled to her falsehoods; it is, as we say, a free country. But the falsehoods have to be given their proper name. If Jewish Democrats don’t get tough about this, they will soon find themselves unable to be tough about anything. They will be pushed out of the Democratic Party just as Jews are being pushed out of the Labour Party in the U.K.”

That article was in The Tablet here.

Now, in the Fall 2019 issue of Dissent magazine, Professor Walzer wows with an article entitled “Anti-Zionism and Anti-Semitism”.  A taster, in his summing up:


“Why not Zionism? Because the Jews aren’t a people; because they should be more cosmopolitan than anyone else; because the Zionist state has had some terrible governments; because no one should have a state (even if almost everyone does). Each of these claims can be made and reasons given, but the way they are made in the world today is bound to arouse suspicion. It is at least possible, and sometimes it seems likely, that the people making them also believe that Jews ran the slave trade, that the Zionist lobby controls U.S. foreign policy (as Representative Ilhan Omar has said), that Jews are disloyal to every country in which they live except Israel, and that Jewish bankers control the international financial system.

There are too many men and women who believe these things—on the left as well as on the right. They are anti-Semites or fellow travelers of anti-Semites, and their anti-Zionism is probably tightly connected to their anti-Semitism (though there are now pro-Israel anti-Semites among, for example, American evangelicals and Eastern European right-wing nationalists).

Still, I am sure that a lot of anti-Zionists and many leftist anti-Zionists don’t believe any of the anti-Semitic fables. Maybe they are willfully ignorant about the Jewish people, maybe they are peculiarly focused on the Jewish state; maybe they just don’t like Jews (as George Carey, the former Archbishop of Canterbury, said about Jeremy Corbyn). Maybe. But when it comes to leftist debates about Israel, Zionism is the issue, and it is Zionism that we should talk about. For all the reasons I’ve given, what’s wrong with anti-Zionism is anti-Zionism itself…”