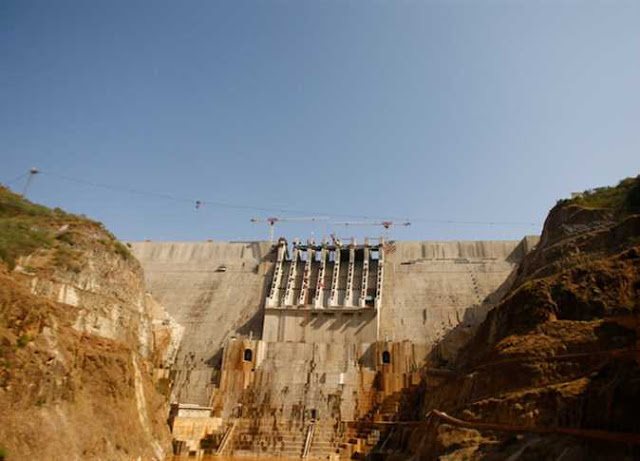 
Ethiopia announced on Friday its rejection to the Arab League’s Wednesday resolution that showed solidarity with Egypt in protecting its historical rights to the Nile River water and refused any unilateral measures that might be taken by Addis Ababa regarding the Grand Ethiopian Renaissance Dam (GERD) on the Blue Nile.

Tensions between Cairo and Addis Ababa have been escalating recently after Ethiopia missed the last US-sponsored ministerial meeting with Egypt and Sudan in Washington to conclude a deal over the rules of filling and operating the GERD.

Egypt accused Ethiopia of not attending the last round of talks in Washington “to deliberately hinder negotiations.”

Ethiopia has justified its absence that it needs more time to consider the matter, and that it would commence filling the dam’s reservoir in parallel with its construction.

While Ethiopia, an upstream country, puts a huge development strategy based on GERD, Egypt is concerned it might affect its 55.5bn cubic meter annual share of Nile water, if the filling of the dam’s reservoir was executed in less than 7-year period which would cause low flooding seasons.

Afterwards, the war of words heated up some more. On Saturday evening the Egyptian Foreign Ministry issued a heated statement that said, in part, “Ethiopia’s posture and position during these negotiations, which has been criticized by the Arab League, evinces its intent to exercise hydro-hegemony and to anoint itself as the unchallenged and sole beneficiary over the Nile. This is especially apparent in its insistence on filling the GERD unilaterally in July 2020 without reaching an agreement with downstream states, and while holding negotiations on the GERD hostage to domestic political considerations. This constitutes a material breach of the DoP and demonstrates, beyond any doubt, Ethiopia’s bad faith and its lack of political will to reach a fair and balanced agreement on the GERD.”

This is the sort of thing wars break out over, although analysts are minimizing that possibility. Still, you cannot minimize the importance of the Nile to Egypt’s culture as well as its economy. This crosses from an economic or food issue into an honor issue, and as such anything can happen.