It is worthwhile to see how BDS has zero interest in academic freedom for yourself. 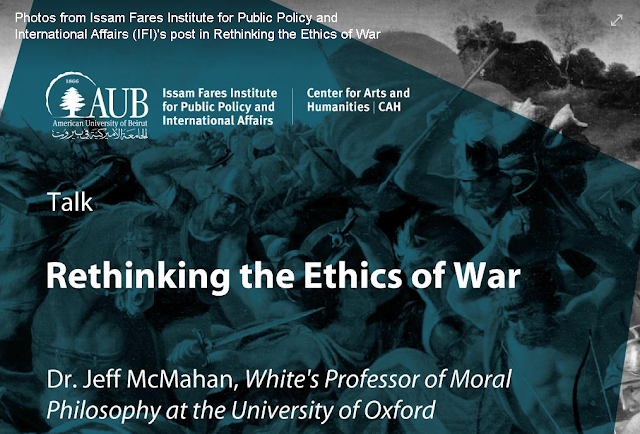 The American University of Beirut was proud to be hosting a major figure in moral philosophy, Jeff McMahan. But bigoted students disrupted the lecture because McMahan had lectured in Israel and is an (unpaid) adviser to Hebrew University.

McMahan, mild-mannered, said that he would be happy to address the students’ concerns after his lecture, even saying that his position against the academic boycott of Israel makes sense in the context of his lecture on the ethics of war.

Students insisted on making their statements first, and the host (Arab) said that the way it works is that the guest lecturer gets to talk first, they can get to talk later, and “everyone gets the right to talk.”  (around 5:00.) Immediately the students said “No!” at such an idea of everyone having the right to speak.

Some of the attendees objected to the interruption.

Soon the scene devolved into  pointless statements and meaningless chants (including “Death to Israel” in Arabic.)

At one point when the students were filing out McMahan said that it was very disappointing to him to see students act like a mob, which was responded to with more loud chants drowning him out.

BDSers consider this a great victory for their cause.
It is unclear whether McMahan was able to continue the lecture after the 15 minute interruption and walkout, but it appears he did.